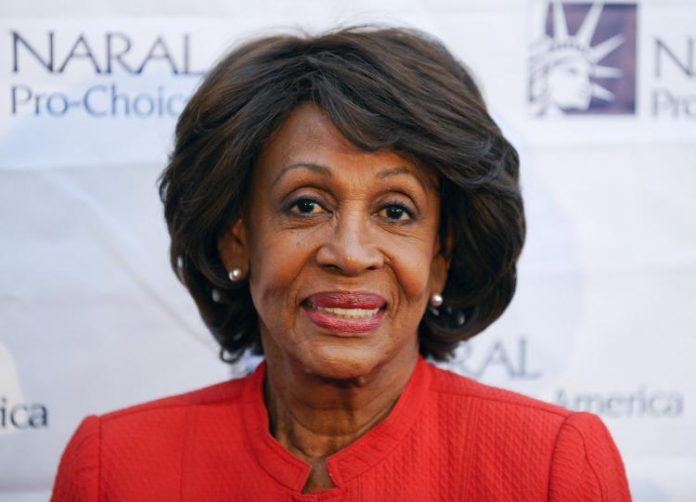 Maxine Waters is currently the U.S. Representative for California’s 43rd congressional district. She has been a servant of Congress since 1991 and is the member of the Democratic Party.

She is also the former chair of the Congressional Black Caucus. Waters is known for her bold comments which at times bring her under the light in the political mainstream.

Here are some facts about the U.S. Representative:

1.Maxine Waters net worth is estimated to be $1 million.

As of 2018, Maxine Waters net worth is estimated to be around $1 million. The Congress veteran receives an annual salary of $170,000 including many incentives. In a recent survey, her net worth was actually 59% less than what the average member of Congress earned.

Her net worth is still a question of debate as she has many assets as well as liabilities whose value is very volatile and subject to change on a daily basis. Along with her husband, she currently owns property in Los Angeles, Palm Springs, Kern County and Washington D.C.

Since Waters has mortgaged out her million dollar home in the Windsor Square neighborhood of Los Angeles, her liabilities are actually pretty high. According to a report, she has 75% of her assets in real estate while the rest has been diversified in different ventures.

Her full name is Maxine Moore Waters. She was born on August 15, 1938 in St. Louis, Missouri. Her father left the family when she was only 2,leaving her mother to raise her on her own. She finished her schooling from Vashon High School in her hometown.

In order to support her family, she worked at many odd jobs before deciding to enroll at Los Angeles State College where she studied sociology.

3.She has been re-elected from California District since 1990

She started her career in politics by working as chief deputy to Councilman David S. Cunningham in 1973. 1976 was a big year for her as she entered the California State Assembly. There, she would make a name for herself that would be a pivot to further boost her ranks over the years.

She helped pass legislation for divestment of state pension funds from businesses in South Africa. After many years there, she went on to be elected as the U.S. House of Representatives for California’s 29th congressional district in 1990. Ever since then, she has continuously been re-elected from that district till today which is a very inspiring feat.

4.She is the most senior of the 12 black women serving in the U.S. Congress

Waters has previously served the 35th and 29th districts of California, serving in Congress since 1991. She is 79 years of age today and is still going strong.

Waters, who has been married twice, is currently with Sid Williams who was a former U.S. Ambassador  to the Bahamas. She was a big advocate for Hillary Clinton and supported her during the 2008 campaign as well.

Some of her major achievements include being the co-founder of Black Women’s Forum and Community Build. She also has Maxine Waters Preparation Center in Watts, California named after her because of her work as member of the California Assembly.

5.She skipped the State of the Union in 2018 and calls Trump “racist”

Maxine has faced many criticisms and controversies throughout her political career. The most recent, being her decision to not attend the SOTU this year. Celebrities and political commentators blasted her on social media for these actions being such a senior member of Congress.

She is definitely not a fan of Trump, calling him a Trump and even calling for parental advisory when he appears on television. This, did its rounds across the media outlets throughout the world. Some people have criticized her of rallying against Trump more than representing the people of her district.

She was also a big opponent of President George W. Bush and largely opposed the Iraq War. She had voted against the 2002 Iraq War Resolution that funded possible military actions against then leader of Iraq Saddam Hussein. She referred to then President Bush as “racist” as well and told that he has “polarized the races in this country”.