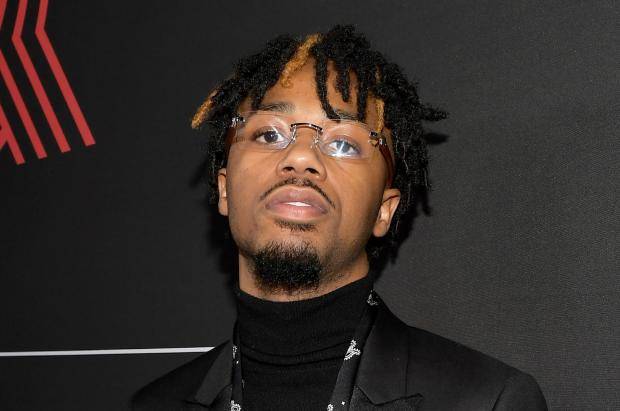 Metro Boomin is an American record producer, record executive, songwriter and DJ. He is well known for his collaborations with rap artists such as Future, 21 Savage, Migos, Big Sean and many others. He is entitled to “easily one of the most in-demand hit-makers in the world” by Forbes in 2017.

Metro Boomin is just his professionally name. His birth name is Leland Tyler Wayne. He was born on September 16, 1993, in St. Louis, Missouri where he has four siblings. Boomin attended his high school at Parkway North High school.He has also won “The Producer of the year 2016” award at the Bet Hip Hop Awards.

Here are some facts about Metro Boomin :

1. Metro Boomin net worth is estimated to be $8 million.

Metro Boomin net worth is around $8 million. Earning this amount of money is not an easy thing which he had earn from his music career. He had given many hit songs to the music lovers. As a record producer, he had recorded many songs of the famous artist. He is also a songwriter so he had given different lyrics of the song which people had admired. Boomin gains some good amount of money from writing songs as well.

2. He started making own beats from the early age.

Metro Boomin had interest in music since his middle school but he started making his own beats since early his teenage. His mother bought him the laptop and with the help of music production software Fruityloops he used to produce various music beats, about five beats a day.

At some point, he also experimented rapping but he didn’t enjoy rapping as he enjoys making the beat. So he decided of making beats. Boomin produced Future’s 2013 singles “ Karate Chop” and “Honest” which landed a spot on the Billboard charts.

3. His mother often drives over 8 hours for him to collaborate with artists.

While Boomin was in high school her mother often drive over eight hours from St. Louis to Atlanta for him to collaborate with artists whom he met online. Bricksquad Monopoly rapper Tay Don was the first artist with whom he collaborates and to this day he still frequently collaborates.

4. Metro Boomin was 19 when he released his first mixtape.

With his entry to the music industry, he had worked with many top artists and he was the executive producer of Drake and Future’s collaborative mixtape in 2015 named as What a Time to Be Alive.

5. He has millions of followers on social media.

Social Media is one of the powerful media of communication in today’s world. We can find Metro Boomin in social media as well. He has about 3 million fans followers in Instagram, 245k+ subscribers on YouTube with more than 50 million video views.