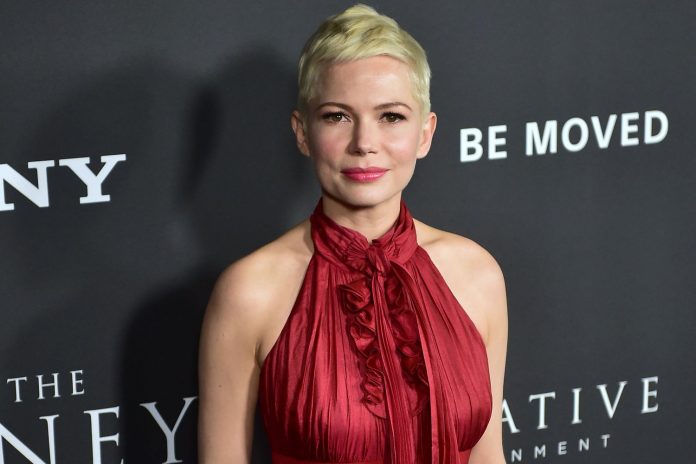 Undoubtedly, Michelle Williams is one of the finest actresses in Hollywood and has been nominated for three Academy Awards in last two decades. Recently, Michelle has been in news following pay gap between two actors. In a movie “All the Money in the World” directed by Ridley Scott, a details emerged that Mark Wahlberg was paid $1.5 million for approx. 10 days of work while Williams was paid only less than $1000.

Despite being active on acting industry for last two decades, Michelle Williams net worth is only $16 millions. While 16 million dollars is not a small amount of money but considering the fact that she has been involved in over 50 movies, 16 million dollar is considered a low amount. When compared to some of the actress like Emma Stone who has been in industry since 2004 has nearly 12 million more than Michelle Williams, Margot Robbie who has been in acting since 2008 has almost $10 million on her bank compared to Michelle $16 million.

Michelle Williams’ Net Worth compared to other Actress

Michelle was born on September 9, 1980 in Kalispell, Montana to Carla Ingrid and Larry Richard Williams. He father is an author and politician while her mother is a homemaker. Michelle has one sister named Paige Willaims. She also has two step-sisters named Kelley Williams and Sara Willians and one step brother named Jason Williams from her father’s second marriage.

Williams attended Santa Fe Christian School in San Diego. However, she dropped out of school and focused on her acting pursuits. To start her new career in acting she moved to Los Angeles and to support herself, she had minor roles in television, low-budget films and commercials.

Michelle started her acting career playing minor roles in television films like My Son is Innocent, Killing Mr. Griffin and A Thousand Acres. She also starred with guest roles in Baywatch series, Step by Step series and Home Improvement. However, her big breakthrough came in 1998 when she starred in teen drama series “Dawson’s Creek”.

After that, she had to move on with some unsuccessful movies. Her next featured movie was Brokeback Mountain for which she gained public recognition and several praise from the critics. The movie was a huge hit and received eight Oscar nominations including best supporting Actress nomination for Williams. After that, Michelle has then done several movies like Blue Valentine, My Week with Marilyn, Oz the Great and Powerful, Shutter Island, Take This Waltz, Incendiary, Deception, Prozac Nation, The Station Agent, I’m Not There, Manchester by the Sea and many more.

4.She has won several awards and nominations

5.She is currently in relationship with Andrew Youmans

According to justjared, Michelle Williams is currently in relation with Andrew Youmans. Andrew is a New York financial consultant. The couple were first spotted together in July in Rome where they were spotted holding hands and kissing with each other. Recently, the 37 year old actress and 50 year old consultant were spotted on the beach on New Year’s Day. They were also joined by her 12 year old daughter named Matilda.

The 37 year old actress was also in deep relationship with actor Heath Ledger. They first met in 2004 at the set of “Brokeback Mountain”. On October 28, 2005, she gave birth to their daughter Matilda Rose Ledger. In 2007, the couple ended their 3 year relationship and she moved on with her life.