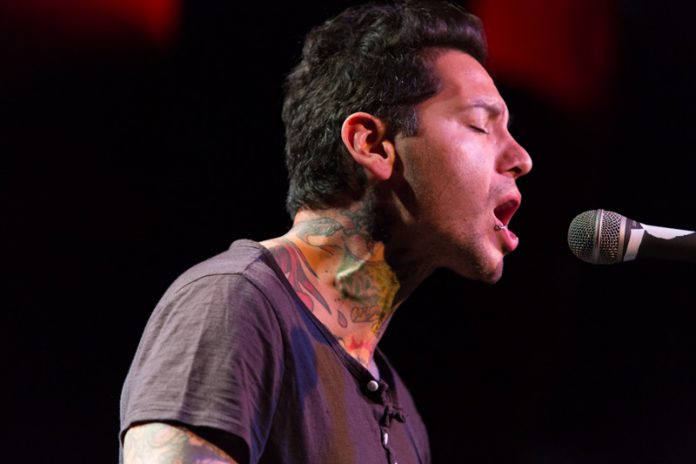 Mike Herrera is an American singer, songwriter and musician best known as the lead vocalist, bassist and songwriter of punk band MxPx. As of 2018, Mike Herrera net worth is estimated to be around $5 million.

Mike was born on November 6, 1976 in Bremerton, Washington and is of Mexican and English descent. He has an older sister and a younger sister. Mike developed an interest in music from an early age and grew up playing guitar listening to country and punk music.

He started punk band MxPx while he was in high school with his frined Andy Husted and Yuri Ruley. He is the songwriter, vocalist and bassist of the band. With the band he has released more than 10 albums and EP including Teenage Politics, Life in General, Slowly Going the Way of the Buffalo, Panic, On the Cover, More to Bremerton and many others. Mike is also the frontman of band Tumbledown and bassist of Goldfinger.

After the band became less active in late 200s, he started his career as a solo artist. He started giving lie performances which include both MxPx and Tumbledown songs. Apart from singing and performing, he has also produced albums like “At Any Rate” by Too Bad Eugene and “Future Plans Undecided” by Element (101).

Mike is also involved in side project with the band called “Arthur”. It features all three members of MxPx and the group released an EP called “Loneliness is Bliss” in 1999. Mike is endorsed by Takamine acoustic guitars, Sparrow guitars, Mesa Boogie amps and Samson Tech.