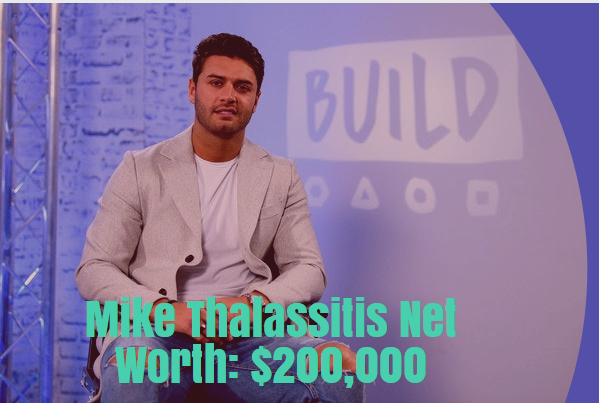 Michael Thalassitis,  who is better known as Mike, is a former Cypriot footballer who is best known for being a reality TV star in recent years. In 2018, Thalassitis joined the 4th series of Celebs Go Dating.

Here are some interesting facts about Mike Thalassitis:

1. Mike Thalassitis net worth is estimated to be around $1.5 million

As of 2018, Mike Thalassitis net worth is estimated to be around $1.5 million. Mike was born on January 19, 1993 and is actually an English born man but represents Cyprus. He has played for numerous clubs over the years as a striker and has also contributed as a player for his national team of Cyprus. Even though, he was not able to get a solid contract at any of his club’s, it’s accumulation has definitely helped in his net worth.

Reality television shows have been a gold mine for Mike who seems to fit perfectly for such roles in Love Island and most recently in Celebs Go Dating. It looks like Mike might be thinking of a career change and a solid one in TV might help raise his net worth in the future.

He had initially joined Stevenage as a youngster in its youth system. In the 2010-11 season, he impressed a lot of the management team in the youth system scoring 17 goals in 26 games for the club’s U18 side.

This was a great season for Mike on a personal note and one whih would help him move forward in his career. In 2011, it was announced that he had now signed a two-year professional contract with them for his performances and to look at his abilities.

3. He was loaned out several times.

Mike could not keep up with the pace and level that Stevenage’s senior team were playing in. His performances were not consistent enough to convince the boss to keep him as a 1st team player.

In the process, he would be loaned out to Boreham Wood, later for Hayes & Yeading United, then moving to Cambridge United. Right after this, he went on to join Bishop’s Stortford. All of these loan moves occurred within the span of 2 years. But this was not it, the very next year he would again be loaned out to Ebbsfleet United on a season-long loan.

All of these loan moves would turn out to be sour for Mike. He could not adapt well to the frequent changes that were occurring for him. These were situations that he couldn’t control as well.

If he could have been at one specific club and been able to contribute to them and play by their philosophy, maybe it would have been different for him but sadly on 14 May, 2014, it was announced that Stevenage had released him. In all honesty, his career has been any better since then either.

It is because of this lack of consistency that might be the reason for his move to reality television. He sure seems to catch the eyes of the audience and in comparison to his football career, it seems that being a reality TV star might be more suited for the playboy.

5. He received his nickname called “Muggy Mike” in Love Island.

Mike has been very active as a celebrity reality star in recent years. In mid-2017, it was announced that he would be a part of the cast of the show called Love Island. This was the third series for the show which officially began in June 5, 2017.

Inside the show, Mike had a run in with fellow celebrity Chris Hughes over Olivia.

Both of them were running after the gorgeous Olivia who at one point seemed to incline towards Mike. Later, she did also go out with Chris. Chris later dubbed him as “Muggy Mike” while addressing the situation later onwards. Till today, he name “Muggy Mike” has not gone away and it seems that it is still gonna continue to stick for the rest of his dramatic career as a reality TV star.