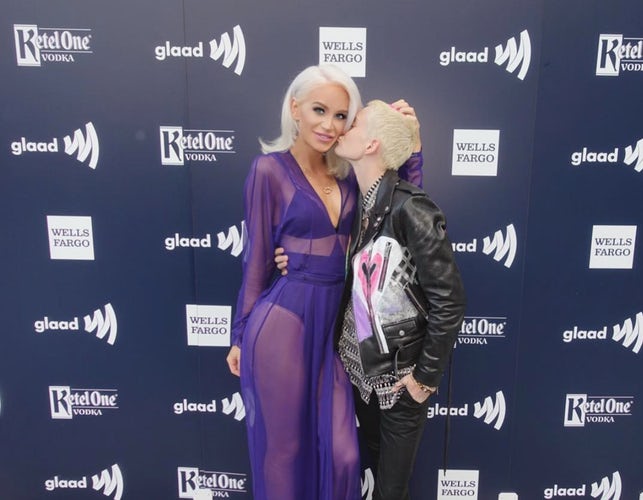 Nats Getty is an American model and artist who owns the fashion company Strike Oil and creates custom, leather jackets.

Natalia Getty was born on November 30, 1992 in Los Angeles, California to Ariadne Getty and Justin Williams. She moved to England at the age 8 to study in a boarding school with her brother August Getty. Her brother August is also a fashion designer and founder of the clothing line August Getty Atelier.

Apart from that, she likes climbing trees, surfing and skateboarding. Nats also works closely with the organization GLAAD and has helped renovate the Los Angeles LGBT Center. She is also the heiress to Getty Oil Fortune and her uncle is the owner of Getty Images.

Nats and Gigi Gorgeous began their relationship in February 2016. At the end of 2016, the famous YouTube star announced that although they got split they still loved each other. After couple of weeks, they were back together and seen smooching in front of Christmas tree.

Recently, Nash Getty assembled a lavish ceremony to celebrate her proposal to YouTube star Gigi Gorgeous. The whole moment was captured on video and shared on her YouTube channel.

After Gigi completed the ceremony, she went to Instagram and announced her engagement saying: “OMGGG I GOT ENGAGED!!!!!!!!!!”

She is the granddaughter of oil tycoon J. Paul Getty and the heiress of oil company. While, her exact net worth is not available, Forbes puts her family fortune to be massive $5 billion making it America’s 54th richest family.