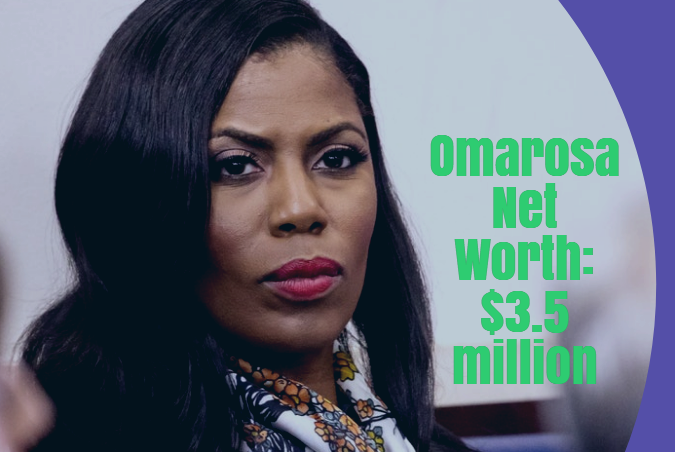 Omarosa is the former Director of Communications for the Office of Public Liason in the White House. But she made her name in the world of reality television by featuring in some of the most popular reality television series in the U.S.

Her most recent participation has been in the Celebrity Big Brother, the first ever Celebrity only Big Brother which started airing on February this year.

Here are some interesting facts about Omarosa:

According to Celebrity Net Worth, Omarosa net worth as of 2018 is $3.5 million. She has worked in a variety of fields except the entertainment business but the majority of her wealth constitutes from her participation in such reality shows.

The viewers may or may not like her but she grabs attention and people watch the shows when she is present. For a reality series to get top ratings, this is what really matter at the end of the day. Omarosa seems to be competent in this criteria as some of the shows in specific seasons when she has been present has received high ratings.

2. Many describe her as a world-class reality-TV villain

Because of her tactics on “The Apprentice” which included many blind slides from her including tricking other competitors has made her the most loved participant to hate. She was known for forming relationships with other contenders and eventually alienating them as if no bond had ever been formed.

She has even garnered the title of number one bad girl on TV. In 2013, she was named among The 60 Nastiest Villains of All Time by TV Guide. Some of her most popular feuds included the ones involving Piers Morgan and Dennis Rodman. But, Omarosa has backed herself saying that producers have altered the final film shown to the audience that depict her as the main villain in the show even though the reality is different.

3. She has been part of the Baptist ministry

This one may surprise many of her fans. But she does have biblical studies training which she undertook at Payne Theological Seminary. She received her preacher’s license in 2011 from her church.

One of her travels to West Africa motivated her to do so as she met and interacted with a dying aids kid. She then decided to take a break from her life in reality television and focus on work in the church.

4. She has become Anti-Trump after being fired from the White House.

Even though from her side of the story she resigned from her assigned post but details from the White House itself tells otherwise. In an official statement through the Presss Secretary it was confirmed that “Omarosa was fired three times on the Apprentice and this was the fourth time we let her go”.

After entering the Celebrity White House, she has said that she would never vote for Trump in a million years. She even described that the situation in the White House is getting more and more aggressive even going to tears in the video.

Many have criticized her to be an opportunist who twists her words with lies. From the statements coming from the White House, she may be one.

5. It’s become common for Omarosa to be in the center of controversies

It seems that Omarosa constantly popping up on different reality shows and the same level of controversies that eventually spark whilst at a show has a large correlation.

A new rant has been made by Piers Morgan who had a fierce rivalry with Omarosa when they were competitors in the Apprentice. According to Morgan, he has accused her of propositioning him for sex to win a reality show.

When Morgan apparently rejected such an offer, he says that Omarosa eventually poked at him by asking him if he was gay during a time when Morgan had just separated with his wife. He mentioned how throughout the filming of that season’s Apprentice, Omarosa constantly attacked her on his rejection.