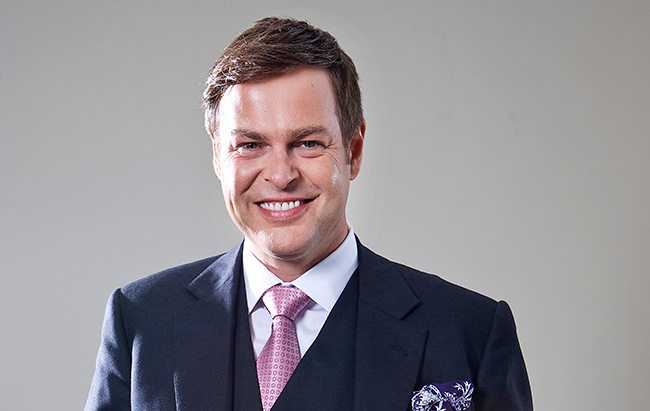 Peter Jones is a British entrepreneur and businessman who is best known as a Dragon for Dragon’s Den. He is known as a technology holding investments in an array of different fields which have today made him a multi-millionaire.

Here are some interesting facts about Peter Jones:

1. Peter Jones net worth is estimated to be £475 million.

As of 2018, Peter Jones net worth is estimated to be of massive £475 million. Jones has made the majority of income through his companies Phones International International Group and Red Letter Day. Both of these are extremely large markets and his companies have been able to be the dominating names competing as the best there is.

This is the reason for his large net worth. Any revenue that he does make on a large scale, he goes back and invests in even more fields. One of these has been investing in properties in which today he boasts of a broad portfolio.

He was appointed Commander of the Order of the British Empire (CBE) in the 2009 New Year Honours. He also owns Peter Jones TV production company and has made investments in many areas which he has mentioned in his personal site. He even has his own store in his personal website selling shirts, socks, cufflinks, ties, and even his autographs.

2. He couldn’t adjust to private school so he moved back to public school

Jones was born on March 18, 1966, in Berkshire, Britain. He grew up in a middle class family. Both of his parents worked very hard to give him everything that he needed. Citing the future of young Jones, his parents decided to send him to private school so that he might get better chances in the future.

For a middle class family, such a decision was hard on his parent’s wallet. At the age of eight, he went back to state school as he was more acquainted there. Missing private scholl would not be a problem for Jones at all and he thrived more in his state school environment. Even at this age, he would pretend as if he were the boss by sitting in his father’s single-man small office.

3. He moved back with his family after his thriving business went bankrupt.

Jones was very driven from his teenage years and knew he would be a multi-millionaire one day. He definitely went forward with his goal and by his twenties had already been running a great computer business selling PC’s with his own brand name.

He reached a point during this time when he had a 3-bedroom home, a BMW, a Porshe, and more than even money to cover for other luxuries. In his mind, he had made it.

But his company couldn’t sustain the sales needed and when some big clients for his company decided to not extend relations with him anymore, his business ran apart. He was forced to sell-off all of his assets and eventually was in a situation where he had to move back with his parents.

4. He is an original Dragon for “Dragon’s Den”

The show today has become one of the top-rated shows for BBC and is loved throughout the world. Even though several members have changed as a dragon, Peter has been very consistent being with the team since Day 1.

He was also the original mind behind Inventor, which was later sold and started airing as American Inventor. Being a man who has extensive knowledge in how the world business around television shows work, he has had tremendous success in this field.

Jones is probably thankful today that he made all the major mistakes in his 20’s. This gave him enough time to recover with a lot moe business wisdom and the instincts to maintain a big business.

He got back on his feet and went on to increase his net worth multiple times. He also has the values of giving back and with that same intention, he set the Peter Jones Foundation in 2005.

The main purpose of this new initiative was to offer support to children through innovative education initiatives. This is a broad challenge at hand which he has been supporting with a lot of dedication to from it with the revenues from Peter Jones Enterprise Academy and Tycoon in Schools which is providing great value to students to explore their ideas and the potential they have within them. He has also been able to fundraise for his project through his exciting Enterprise challenge which is a sporting event spanning different sports all in support for his foundation.

Nick Nolte Wiki, Bio, Age, Net Worth, and Other Facts

Justin Bruening Wiki, Bio, Age, Net Worth, and Other Facts

Giancarlo Esposito Wiki, Bio, Age, Net Worth, and Other Facts