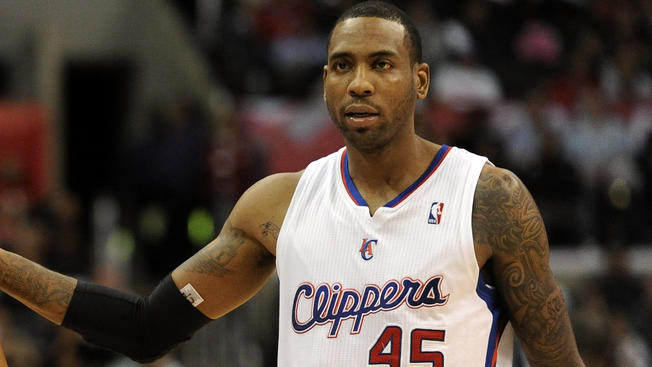 On January 31, 2018 Rasual Butler and his wife Leah Labelle were tragically killed in a car accident. Here are five facts about the Basketball player including his net worth, wife, personal life and others.

1.Rausal Butler net worth is estimated to be around $3 million.

As of 2018, Rasual Butler net worth is estimated to be around $3 million. According to spotrac, he earned $1,551,659 in 2016 with San Antonio Spurs. Most of his earnings are from his NBA career. He has also been involved in some music videos and TV appearances.

2.His Early Life and College Career

Rasual Butler was born on May 23, 1979 in Philadelphia, Pennsylvania. He started his college career with La Salle Explorers. During his time at college, he scored over 2,125 points and was ranked fourth among the Explorer’s all time scorers. He was also inducted into La Salle University Hall of Athletes. Rasual was also selected to the Verizon Atlantic 10 Men’s Basketball Championship All-Tournament in 2002.

Butler was selected by Miami Heat in 2002 NBA draft. He played three seasons with Heat and was traded to New Orleans Hornets in 2005. His game was limited but he could change the course of the match coming from the bench. In 2007-2008 season, he averaged 17 minutes per game, 4.9 points and 2 rebounds.

In 2011, he was then transferred to Los Angeles Clippers. He was waived by the Clippers on February 2011 and one month later he signed with Chicago Bulls. In 2011, he signed with Toronto Raptors. He averaged 13 minutes per game, 3.2 pints and 1.9 rebounds per game.

On January 2013, he joined Tulsa 66ers of the NBA Development League and then Indian Pacers 7 months later. In 2014 he signed with Washington Wizards and then played with San Antonio Spurs a year later. With San Antonio Spurs, he averaged 2.7 points, 1.2 rebounds and 9.4 minutes in 46 games.

Butler also gave short appearance on Trina’s music video “Here We Go”. He was also good friend with Lamar Odom and was seen in an episode of TV show “Khloe & Lamar”.

5.Butler and His wife were killed in an accident

On January 31, 2018 Butler and his wife Leah LaBelle were killed in a car accident in California. According to reports, Butler crashed his Range Rover near Studio City in Los Angeles around 2 a.m. local time. The car hit a parking meter before slamming into a wall and flipping over. Rasual is survived by his daughter Raven from his previous relationship.

factsfive - March 13, 2018
Lawrence Alan Kudlow is an American economic analyst, commentator, television personality and newspaper columnist. He was best known as the host of CNBC's "The...

Lucas Black Wiki, Bio, Age, Net Worth, and Other Facts

Kristen Stewart Wiki, Bio, Age, Net Worth, and Other Facts

Lauren Parsekian Wiki, Bio, Age, Net Worth, and Other Facts

Wyatt Oleff Wiki, Bio, Age, Net Worth, and Other Facts

Jesse Plemons Wiki, Bio, Age, Net Worth, and Other Facts