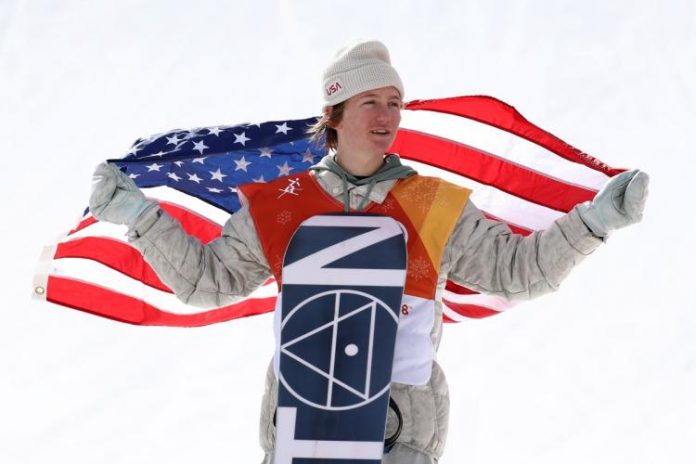 Red Gerard is an American Snowboarder. He is America’s first big star of the Winter Olympics being held in South Korea.

He has become the first American gold medalist in the 2018 Winter Olympics and has made headlines all around the world for his fantastic performance in the event.

Here are some interesting facts about the Young Olympic gold medalist:

As of 2018, Red Gerard net worth is estimated to be around 100,000. He is already emerging as the future for the sport with him being recently featured in Trans world Snowboarding’s list of “8 Riders Who Represent the Future”.  For the event, he even had sponsors including the likes of Red Bull, Burton, Hobo, Cobra Dogs, and High Cascade Snowboard Camp for his campaign. Sponsors have definitely noticed him as he has had a deal with the brand Burton from when he was only 11 years old.

The youngster seems to have a very bright future in snowboarding as he has already made an impression on the hearts of millions of Americans. He has a chance at making another record by winning one more gold for team USA this Winter Olympics as he is also going to participate in the big air event.

2.He is the youngest ever American to have won a gold medal at a snowboarding event at the Olympics.

He was born on June 29, 2000, in Westlake, Colorado and currently resides in Silver-throne, Colorado. After his recent growth spurt, the 17 year old has a 5 feet 5 inch frame and is merely 120 pounds.

He is already making his mark in the history book as now also hold the record as the second-youngest man to win a medal in an individual event.

He grew up watching popular events in the snowboarding world like the Dew Tour and the X Games. Watching the snowboarders of the time perform inspired him to take action as well and has today led him to the Olympics. His hometown is full of support for the youngster who were ecstatic after his historic win. A win for the Ohio locals as well.

3.He has a terrain park to train in his backyard

His family had moved to the mountains of Colorado where Gerard was raised. Growing up in such slopes helped Gerard naturally elevate his skills with his daily dedication and passion for snowboarding.

Their family’s support can be seen clearly as he has a terrain park right in his backyard. After his family decided to build a terrific terrain park for their children, Gerard has made it his place of practice. This is where he acquired his skills and which eventually led him to such success at a young age in the sport. Therefore, massive amount of credits have to be given for his parents for providing him such resources.

4.He got over excited and spilled the F-word on National television

Near the end, Canadian Max Parrot was very close to him but he managed to have that extra bit of energy to edge him out and win it. Watching the replays, Gerard was equally as shocked with his own performance as some of the viewers that were watching.

This adrenaline pump led to Gerard uttering out “Holy F***”, which was caught on the audio of the millions watching the event on live national television.

He also showed his excitement after former Brown quarterback Bernie Kosar was tweeting about him. It is safe to say that Gerard is fully enjoying this moment with a bit of disbelief about the events that have just occurred for his career.

5.Before the final run, he was in last place

His win was somewhat of a perfectly choreographed sports film. The previous day, Gerard was sitting last in the slope style games among the 12 men.

But the final run would be a climax every teenager would dream of with Gerard securing a score of 87.16 that stopped a heartbeat for many viewers watching it live. Gerard had a unique strategy for this final run opting for a different route which was definitely the distinguishing part about his performance.

Amanda Schull Wiki, Bio, Age, Net Worth, and Other Facts

Michelle Dockery Wiki, Bio, Age, Net Worth, and Other Facts

Matthew McConaughey Wiki, Bio, Age, Net Worth, and Other Facts

Gizelle Bryant Net Worth: 5 Facts You Should Know

Melissa McCarthy Wiki, Bio, Age, Net Worth, and Other Facts