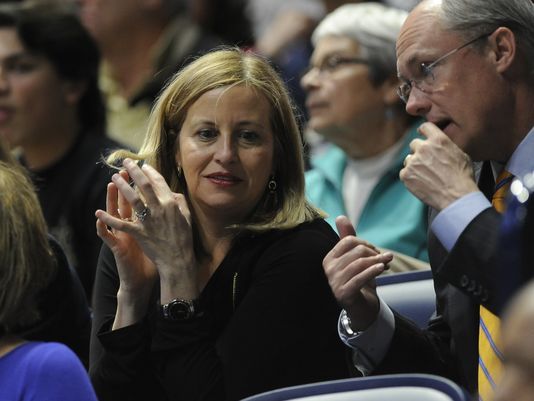 Robert Forrest Jr. is an American retired Police officer who served as a leader of security team for Nashville mayor, Megan Barry. According to reports, Megan Barry had an affair with the police officer.

Born on September 30, 1959 Robert is a native of Tennessee for many years. He currently lives in the city of Nashville with his family. Forrest was hired by Metro Police on November 16, 1986 and his role was to serve as a leader of the security team for Megan Barry. He retired from the Department on January 31, 2018 after relationship with Mayor, Megan Barry went public.

Statement released by Robert Forrest Jr. said: “For Over 31 years I have been honored to serve in the Metropolitan Nashville Police Department. I devoted 14 years of that time supervising the mayor’s protective detail during three administrations.

He also added “I deeply regret that my professional relationship with Mayor Barry turned into a personal one. This has caused great pain for my wife, my family, friends and colleagues. I have recently retired from the police department”.

What about Megan Barry?

Megan who is married to Bruce Barry admitted that she had an extramarital affair with Police officer, Robert Forrest Jr. She released a statement issuing an apology saying:“Today, I have acknowledged publicly that I have engaged in an extramarital affair with the former head of my security detail, I accept full responsibility for the pain I have caused my family and his. I am so sorry to my husband Bruce, who has stood by me in my darkest moments and remains committed to our marriage, just as I am committed to repairing the damage I have done.”

She also added:”He was part of my security detail, and as part of that responsibility, I should have gone to the (police) chief, and I should have said what was going on, and that was a mistake,”. She also said she won’t step down from her positions as she said it was only a consensual relationship and believed that the relationship hasn’t violated any Metro Nashville Police Department ethics laws or guidance.

factsfive - April 13, 2018
Eric Greitens is an American Politician and a member of Republican Party. He is also the 56th and current Governor of Missouri.  As of...

Kelsey Asbille Wiki, Bio, Age, Net Worth, and Other Facts

Tarek El Moussa Net Worth: 5 Facts You Should Know