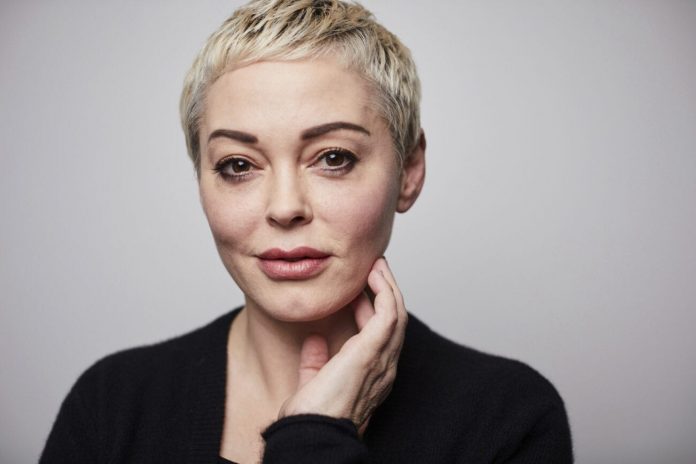 Below is a compiled list of the most interesting facts about Rose McGowan. Check it out!

Rose McGowan is an American actress and director, known for her contribution to independent film. Since the age of nineteen, she has appeared in acclaimed films by Gregg Araki, Wes Craven, Brian De Palma, Robert Rodriguez and Quentin Tarantino. In 2014, her directorial debut Dawn (2014) was nominated for the Short Film Grand Jury Prize at the Sundance Film Festival. Rose Arianna McGowan was born on September 5, 1973 in Florence, Tuscany, Italy, to American parents Terri and Daniel Patrick McGowan. She is the second eldest of six siblings, and has Irish, French, and English ancestry. As a young child, she was raised within the Italian chapter of the Children of God. During the early 1980s, her family severed ties with the community and migrated to Eugene, Oregon, USA. Following the divorce of her parents, Rose relocated to Gig Harbor, Washington, to live with her grandmother. At age 14, McGowan was accused of drug use by a family friend and committed to rehabilitation. She has consistently maintained the decision was unjustified. Upon release, she spent a year without a home and was emancipated from her parents by the age of 15. McGowan’s career as an actor began with The Doom Generation (1995). Originally intended for Jordan Ladd, the character of Amy Blue was, coincidentally, awarded to McGowan by an associate of director Gregg Araki. For her performance, she was nominated at the 1995 Independent Spirit Awards for Best Debut Performance. Subsequently cast in Wes Craven’s Scream (1996), she experienced further success when the project defied expectations to become one of the highest grossing films of the year. The innovative career of McGowan was overshadowed throughout much of the 1990s by her high-profile relationship with musician Brian Warner (aka Marilyn Manson). Strong performances in Going All the Way (1997), Lewis & Clark & George (1997), Southie (1998) and Jawbreaker (1999) were largely unseen by the general public. When the relationship ended between Rose and Manson in 2001, she remarked: “There is great love, but our lifestyle difference is, unfortunately, even greater”. Rose continued to work solidly, appearing in a string of soft-sounding studio and independent films. Performances from this period included: a political activist in Showtime’s The Killing Yard (2001), a grifter in Strange Hearts (2002) and a factory worker in “Stealing Bess” (aka Vacuums (2003)). She was re-introduced to the mainstream as Paige Matthews in Aaron Spelling’s Charmed (1998), a popular television series for which she devoted five consecutive years. When “Charmed” finished its run in 2006, McGowan emerged in top form. Critics praised her efforts in Robert Rodriguez’s Planet Terror (2007), and Quentin Tarantino’s Death Proof (2007). In several interviews, McGowan has expressed a general apathy and disdain for Hollywood. Despite this, her work ethic remains strong. Following her recent marriage to LA-based artist Davey Detail, the actress has resolved to purse further projects as a director.

Someone asked me who I would be if I were a character in the ‘Wizard of Oz.’ I would be the curtain. I would be the one who saw both sides that nobody noticed, that was pretty and there to be used and discarded when they were done.

That’s my takeaway from ‘Scream’ – I know I can fit in dog doors. You have to jimmy your body in a certain position and really hope you’re not wearing something super fancy.

I was up watching Meet Joe Black at four AM. I was hoping Brad Pitt would die, and he was still alive at seven forty in the morning! I actually felt sorry for once, for critics.

I never considered myself a celebrity. I hate that word. It’s tawdry.

At 13, when I was a runaway, I was taken in by the most amazing drag queens in Portland, Ore. We didn’t always know where our next meal was coming from, but there was so much camaraderie and love. Not to mention, those girls could paint a face, and I learned how because of them.

factsfive - March 30, 2018
Kirbyjon H. Caldwell is an American pastor of Windsor Village United Methodist Church. He was also one of the President George W. Bush's spiritual...

Dylan Brosnan Wiki, Bio, Age, Net Worth, and Other Facts

Corey Haim Wiki, Bio, Age, Net Worth, and Other Facts

Alexa PenaVega Wiki, Bio, Age, Net Worth, and Other Facts

Anthony Ramos Wiki, Bio, Age, Net Worth, and Other Facts

Matthew Perry Wiki, Bio, Age, Net Worth, and Other Facts

John Cena Wiki, Bio, Age, Net Worth, and Other Facts