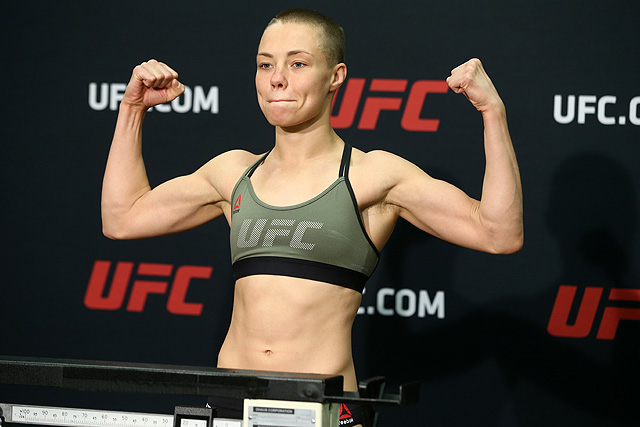 Rose Namajunas is an American mixed martial artist. She is known for pressuring opponents with continuous jabs and high kicks. She competes in the women’s strawweight division. As of 2018, Rose Namajunas net worth is estimated to be around $500,000.

Here are some of the interesting facts about the MMA fighter.

Rose Namajunas was born on June 29, 1992 in Milwaukee, Wisconsin. Both her parents are from Lithuania. Namajunas started learning fighting at the age of five. By the time, she was nine years old she gained her junior black belt. At the age of 16, she started training in kickboxing and mixed martial arts with Duke Roufus. She was also a senior-year wrestler at Milwaukee High School of the Arts.

Her amateur career started in 2010 at Minnesota Martial Arts Academy. Her first amateur match was a perfect record of 4-0 with 2 wins by TKO and 2 by decision.

In 2013, she faced Emily Kagan at Invicta FC 4: Esparza vs. Hyatt. She was able to win the match via submission in the round three. The victory helped her to earn the Submission of the Night bonus. She then faced Kathina Catron at Invicta FC 5: Penne vs. Waterson two months later. She also won that match by submission in just 12 seconds into the first round. However, her first defeat in Invicta FC came against Tecia Torres on July 13, 2013. She lost that match via unanimous decision.

Namajunas was scheduled to face Nina Ansaroff at UFC 187 in Mary 23, 2015 but that match couldn’t happen after Ansaroff missed weight by 4 pounds. Her next fight came against Angela Hill on October 3, 2015 at UFC 192. She won the match by submission in the first round.

Her next match came against Paige VanZant one month later. She dominated the match and won the fight in the fifth round via submission. She earned her first Performance of the Night bonus award for her amazing fight. Her next match was against Tecia Torres and she won the fight via unanimous decision.

Her next defeat came against Karolina Kowalkiewicz at UFC 201. Namajunas lost the match via split decision.  After that she went to win match against Michlle Waterson and Joanna Jedrzejczyk and was crowned the new UFC Women’s Strawweight Champion.

4.She is married to fighter Pat Berry. 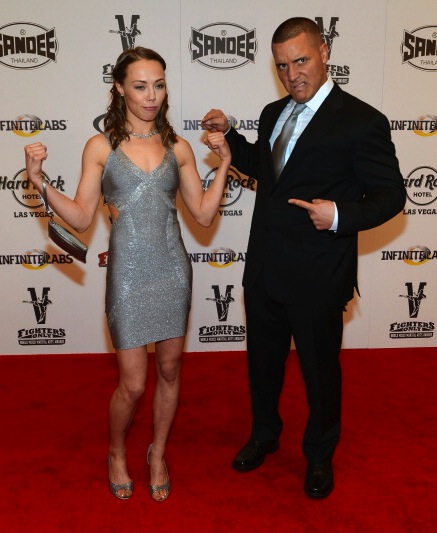 Rose Namajunas is married to Pat Barry. Pat is also a kickboxer and former mixed martial artist. He competed in the heavyweight division and retired in late 2013.