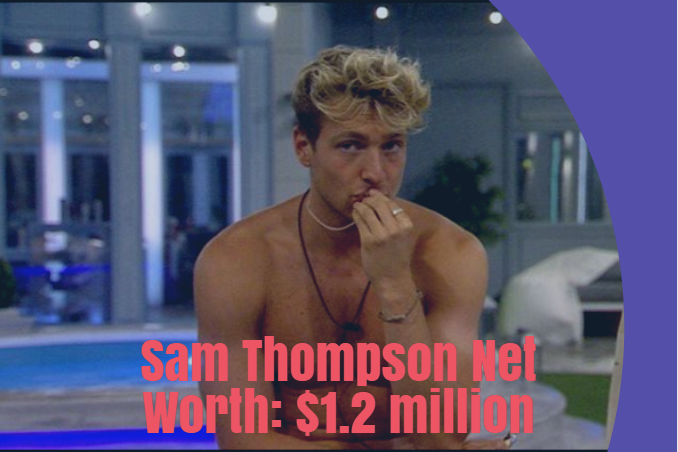 Sam Thompson is an English reality TV star who first appeared to the audience in the show Made in Chelsea in its 6th series in 2013. He is also the cast member for Celebs Go Dating for its season for 2018.

Here are some interesting facts about Sam Thompson:

Sam Thompson net worth is estimated to be around $1.2 million or £850,000. It is of no secret that Thompson has a large bank account and he has his parent’s to thank for it. His parents are apparently very wealthy and even sent him to Bradfield College in Berkshire when he was only 12 years old.

This private college is a pricey one with an average fee of £28,000-a-year. Thompson, who is originally from West London, hasn’t technically had a real job to be perfectly honest.

Therefore his large net worth of £850,000 didn’t come out of the sky and probably through the help of his wealthy parents.

Thompson has a large budget to have some entertainment. He once spent around £24,000 in one night. This happened in a bar in Watford. In one of it’s expensive bars, he spent this amount of absurd money on ordering five bottles of Dom Perignon and 10 magnums of Grey Goose.

It would probably been better if he had some other plans that night. But, Thompson has matured a lot in recent years and is in a better situation as a person to put his money where it matters.

3. His first TV appearance was for Made in Chelsea.

This is surprise to some of his loyal fans. He and his sister named Louise Thompson have both appeared on the show and have had great success as well.

Thompson is a man who looks perfect for a show with the theme that Made in Chelsea has. The show actually portrayed him in a side-character simply as Louise’ brother.

At the start of the 6th season of the series, Thompson was initially seen with some ide roles but with his popularity gradually rising, he managed to become one of the top characters for the show.

4. He has started Vlogging

He is charismatic, good-looking, and can get almost any girl with his charm. That may be one of the reasons why he has more than 600,000 followers on his Instagram alone today.

He also has more than 150,000 followers on his Twitter page and is newly started YouTube channel already has more than 25,000 subscribers. He is naturally entertaining and has shown his daily life as well as funny videos including a “Condom Challenge”.

5. He has a long dating history

After coming in the third position in the Celebrity Big Brother in 2017, Thompson now has his eyes in the fourth series of Celebs Go Dating.

He is in the series to find true love according to himself. In his past appearances in shows, Thompson has been spotted several times trying to date new attractive girls.

He dated Fran Newman in Made in Chelsea and previously dated Riley Uffla as well. His relationship with Tiff was cut short after she found out that he had been cheating. Even though, they were together, after some time, the tides would change with Tiff cheating on him while she was in holiday in Thailand.

Cheating allegations about Sam broke the couple apart, but they later reunited. Most recently, he has reportedly been seeing Danielle Sellers.