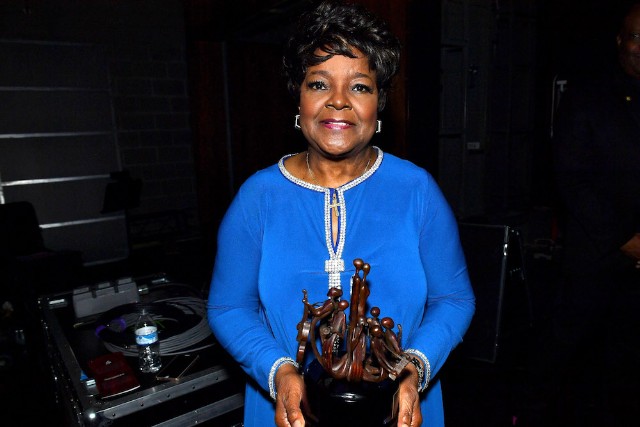 Shirley Caesar is an American Gospel music singer, songwriter and recording artist. As of 2018, Shirley Caesar net worth is estimated to be $20 million.

Born on October 13, 1938 in North Carolina, United States, Caesar developed interest in singing after performing for family and friends. She first recorded in 1951 at the age 12 and her professional career started in 1957 when she was 19 years old. She attended Shaw University where she received Bachelor of Science degree in Business Administration in 1984.

Shirley joined Albertina Walker, Cassietta George, Dorothy Norwood, Inez Andrews, Delores Washington and James Cleveland in the gospel musical group “The Caravans”. She recorded and performed with the group from 1958 to 1966. After that she began her career as a solo and released two albums title “My Testimony” and “I’ll Go” with Institutional Radio Choir. In the span of 6 decades in gospel career, Shirley has released over forty albums. She has participated in more than 16 compilations and three gospel musicals.

Regarding her personal life, she married Bishop Harold Ivory Williams in 1983. They were co-pastors in Raleigh, North Carolina until his death on July 4, 2014.

Julia Winter Wiki, Bio, Age, Net Worth, and Other Facts

factsfive - March 28, 2021
Julia Winter is the envy of tween-age girls everywhere, having being plucked from obscurity to play Veruca Salt in the 2005 film Charlie and...

Joe LoCicero Wiki, Bio, Age, Net Worth, and Other Facts

Ella Balinska Wiki, Bio, Age, Net Worth, and Other Facts