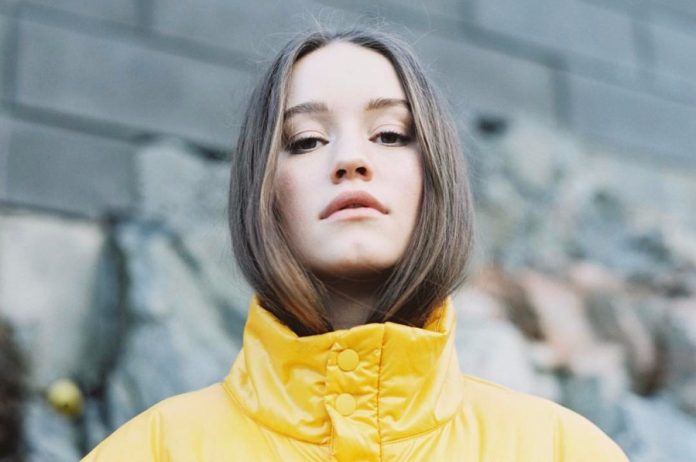 Sigrid Solbakk Raabe is a Norwegian singer and songwriter. She became an international music sensation in 2017 after the immense success of her single called “Don’t Kill My Vibe”. She is also the winner of the Newcomer of the Year award at Spellemannprisen ’17.

Here are some interesting facts about Sigrid Raabe:

As of 2018, Sigrid Raabe net worth is estimated to be around $300,000. Sigrid has been the talk of the town in the world of music as an emerging artist for the last two years. She has been able to win fans over through her performances in events like Reading Festival. As a lead artist her performances have been incredible for the songs “Strangers” and “Raw”.

She has also appeared in popular shows like The Graham Norton Show and is now set to welcome her debut album this summer. Raabe’s net worth is expected to rise considerably as 2018 is the year where she is bombarded with tour dates all across Europe and the United States.

2. Adele was her singing role model

Sigrid was born on 5 September 1996, in Ålesund, Norway. She grew up in the mountains there hiking and skiing. She was also very fond of taking piano lessons and music was a part of her life even back then.

Her father is an engineer whilst her mother an architect. Both of them were not from the field of music and thus as a kid had not thought about a career as a singer. She had a brother named Tellef and a sister named Johanne who were both way better singers than her.

This in a way opened up her life in music. After listening to the songs of artists like Joni Mitchell, Adele and Neil Young, she too started to get involved with it. Adele was the one that she really took a liking too. She describes Adele’s Rolling in the Deep as one of the best songs that she had ever listened to because of how consistently good it was from start to finish.

3. She had started a band named after her dead cat.

Sigrid, who describes as style as mostly Norwegian, has a sweet spot for cats. After the death of her cat Sala, she went as far to honor her dead cat by naming her band as Sala Says Mhyp.

This was back when she was only 17 and wanted to do something along with her sister Johanne. This shows the kind of empathy that Sigrid possessed. She admits that she is a “veslevoksen”. This is a word in Norwegian language to describe a child acting older than they truly are.

In 2013, when she was still a teenager, Sigrid released her debut single called “Sun”. Even though internationally it didn’t create much of a buzz but in her home country, it helped start the process of becoming a young star for her.

She initially signed with Petroleum Records that offered her the platform through which she was able to be part of several concerts and festivals mostly concentrated in Norway.

Island Records approached her in 2016 and soon after her signing with them, the song “Don’t Kill My Vibe” would be released. This led to a major breakthrough for her not only in Norway but throughout the world.

Sigrid is on the road to becoming a top singer and songwriter of the new generation. She was recently announced as the BBC’s Sound of 2018, an accolade which she describes as quite unbelievable as the award in the past years has mostly been won by either American or British singers.

This is an accolade that has been graced by some of the greatest artists including Adele, 50 Cent, and even Sam Smith.