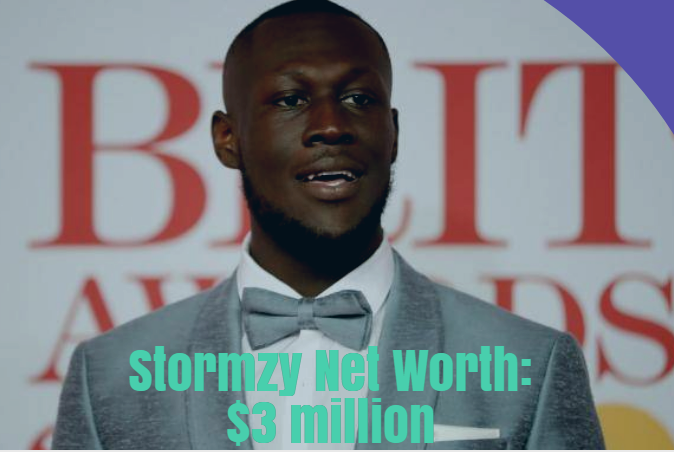 Michael Ebenazer Kwadjo Omari Owuo Jr. professionally known by his stage name as Stormzy is an English hip-hop singer. He is best known for his hit single “Shut Up” and is one of the rising hip-hop star in the World.

Here are some of the facts about Stormzy:

1. Stormzy Net Worth is estimated to be $3 million.

As of 2018, Stormzy net worth is estimated to be around $3 million. He earned most of his money by through album sales and live performances. His YouTube channel which consists of 692K followers also contribute some part of his net worth.

2. Early Life and Beginning of Career

Stormzy was born on July 26, 1993 in Croydon, London. As a child, he had interest in music. He started rapping at the age of 11. He went Harris Academy South Norwood and then studied for an apprenticeship in Leamington Spa and worked in quality assurance for two years at an oil refinery in Southampton.

He built his rapping skills by participating in rapping battles organized in the local clubs. From there he started rapping full time and took as a weapon to become successful star today.

Stormzy who is influenced by rappers like Wiley, Skepta, Frank Ocean landed his first EP “Dreamers Disease” in 2014. After 4 months he won Best Grime Act at the MOBO Award. Stormy then went on to collaborate with rapper Chip and Shalo on track “I’m Fine”. His hard work and dedication helped him to reach No. 3 in BBC’s Introducing top 5 on Radio 1 list in 2015.

His next single “Know Me From” which was released in March 2015 entered No. 49 on UK Singles Chart. He even performed at the ring-walk of the fighter Anthony Joshua in 2015 on a song called “Shut Up”. The track was massive hit and debuted at No. 59 on the UK chart.

On Februar 24, 2017 Stormzy released his debut album titled “Gang Signs & Prayer”. It was massive hit and was the first grime album to reach No. 1 on the UK albums chart.

4. He has received praise from Jeremy Corbyn.

He rapped: He rapped: ‘Just forgot about Grenfell, you criminals, and you got the cheek to call us savages, you should do some jail time, you should pay some damages, we should burn your house down and see if you can manage this.’ Meanwhile after his powerful performance, Jeremy praised him on Twitter.

Congratulations @Stormzy1 for winning your first #BRIT award, and what a powerful performance. #Grenfell

5. He is in relationship with Television star Maya Jama.

Stormzy is currently dating Television star Maya Jama. They started dating since 2015 but went public in 2016. His girlfriend is also seen on one of his music video “Big For Your Boots”. The couple are seen enjoying their time on beach and they have also been making red carpet appearances together.