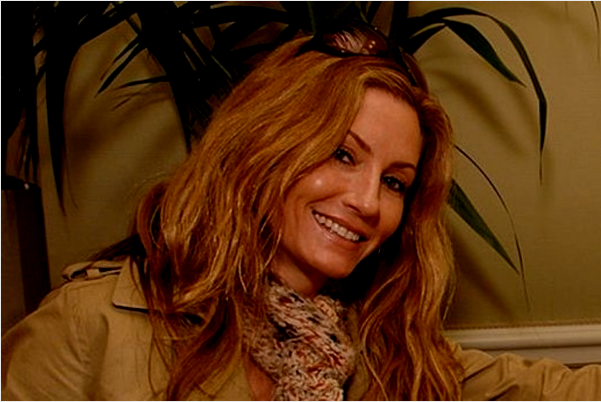 Famous Television host, Ryan Seacrest is accused by his former stylist of sexual harassment. Suzie Hardy who worked with Ryan claimed that he allegedly grinded his penis against her while wearing only in his underwear and also slapped her buttocks. So, who is Suzie Hardy actually? Find out more about her.

Suzie Hardy, 39, studied at Mater Dei High School, a private catholic school in California. She then received a dance scholarship to attend Chapman University in California and graduated with a Bachelor of Arts in Dance from the same university.

Suzie first landed the job through Ryan’s personal assistant, who was her neighbor. She also worked as a fashion stylist for famous celebrities like Jeff Bridges, Jennifer Garner, Julia Louis-Dreyfus, Jerry Seinfeld, Carrie Underwood, Larry David and many others. She also worked with brands like Adidas, Reebok, Skechers, Puma and Corona.

What Happened between Ryan Seacrest and Suzie Hardy.

In 2007, she started working for the E! Entertainment as the personal stylist for Ryan Seacrest. She took the job so that she can take care of her young daughter. As the time went by, she found working with Ryan was something different as she faced sexual harassment time to time.

In an interview with Variety, she claimed that Ryan pushed his erect penis against Hardy while dressing only in underwear, groping her crotch and once slapping her backside so forcefully it left a mark for several hours.

According to Hardy, Ryan asked her to come to his house after 8 pm to tie a necktie. He also requested her to nap with him while preparing for the 2007-08 New Year’s Rocking Eve Special but she refused both.

She said that inappropriate behavior continued and she even spoke about to the human resources executive at E! in 2013. After 3 months the network replied saying there was insufficient evidence to support the claims against Seacrest.

Responding to the allegation, Seacrest said: “This person who has accused me of horrible things offered, on multiple occasions, to withdraw her claims if I paid her millions of dollars. I refused. I have worked extremely hard to achieve my success and I don’t take my opportunities for granted. I don’t want to accuse anyone of not telling the truth but in this case, I have no choice but to again deny the claims against me, remind people that I was recused of any wrongdoing, and put the matter to rest.”

He also added :’I treat all my colleagues with kindness, dignity, and understanding, as this is a principle that’s core to who I am. Throughout my 25 years in the entertainment industry, the majority of my co-workers have been women, and I’ve endeavored to foster a positive work environment of mutual respect and courtesy, as that’s how I believe it should be”.

factsfive - January 20, 2018
Recently, Ed Sheeran announced on Twitter that he is engaged to his childhood friend Cherry Seaborn. So, who is Cherry Seaborn, what does she...

Tarek El Moussa Net Worth: 5 Facts You Should Know