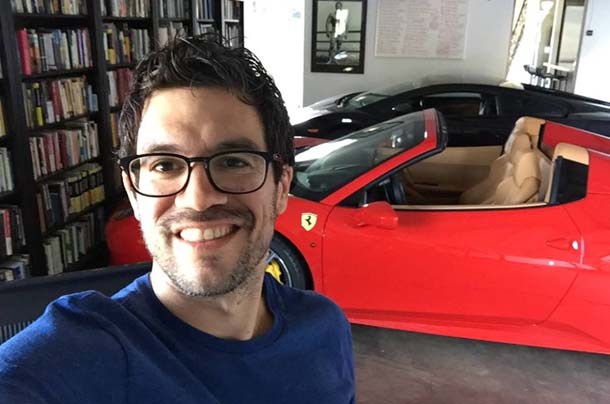 Tai Lopez is an investor, entrepreneur and advisor to more than 20 multi-million dollar companies around the world. He is best known today as a social media influencer who inspires people on managing money and even has several products on “How to Live the Good Life”.

Here are some interesting facts about Tai Lopez:

1. Tai Lopez net worth is estimated to be around $5 million.

As of 2018, Tai Lopez net worth is estimated to be $5 million. Lopez has a diversified pool of businesses that he has invested in according to his videos. Even though he does not reveal the exact businesses where he has invested in, his large mansion, collection of luxury cars and his activities prove that he is truly living the Good Life.

His net worth is set to skyrocket even further as he advises several top businesses on management and organization strategies.

2. He used to sell tomatoes when he was 6 years old.

Lopez was born on April 11, 1977. It seems that he was meant to be in the path of business as from the tender age of 6, he had to start working for his mother. Along with the guidance of his mother, he would sell tomatoes but eventually saw that starting a lemonade stand was more profitable.

He went on to execute this plan and had multiple times more earnings through this lemonade stand idea. His exposure towards business and developing strategies for the best return was deep rooted from a very young age.

Tai has confessed that a large part of his success has been because of his activities on social media. He was actually one of the very first ones to use Facebook for paid-marketing activities dating back to 2008.

Tai has been voted as the number 1 Social Media Influencer by Entrepreneur Magazine. Tai has more than 2.9 million followers on Instagram alone today, not to forget his large online presence on other sites like Youtube that includes some in-depth videos as well.

He believes that Instagram stories and Snapchat stories have been some of his most effective platforms of getting returns on the brand that he is building. One of his paid promotions on Youtube had went viral in 2014 that first created a great wave of followers towards his direction.

At the end of the day, Tai isn’t using social media for fun, he is looking to monetize it to create a growing and viable business. One of the products that have been a best-seller for Tai and his team has been “The 67 Steps”.

This course developed by Tai includes all the steps that Tai learned from his mentors and own personal experiences over the years. He has put everything together to develop a systematic course that will help its users to make the most out of their life and elevate their financial status and overall happiness in life.

He is now promoting new ventures like “Mentor Box” and “Business Mentorship” through his online presence.

5. Tai wants you to read a book everyday

Tai has even done a Ted Talk about the importance of reading books. He is a strong advocator for self-learning and believes that a college education in itself is not mandatory for success in life today.

He advocates for people to develop a “Daily Brain Budget” which essentially means to create time for yourself for personal growth. This is the formula that Tai used to get where he is today and he advocates for others to do the same as well.

Sarah Grey Wiki, Bio, Age, Net Worth, and Other Facts

Alexandra Breckenridge Wiki, Bio, Age, Net Worth, and Other Facts

Steven Strait Wiki, Bio, Age, Net Worth, and Other Facts

Taye Diggs Wiki, Bio, Age, Net Worth, and Other Facts

Halle Bailey Wiki, Bio, Age, Net Worth, and Other Facts