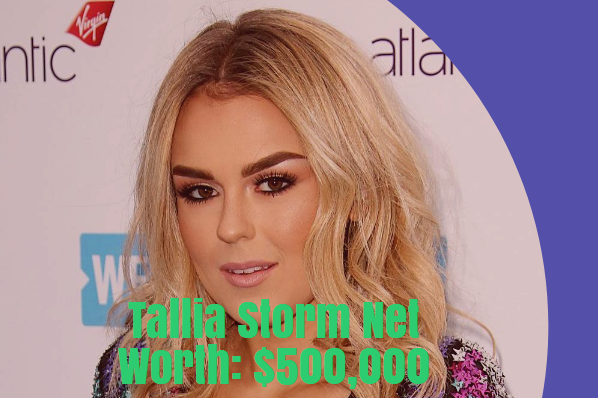 Tallia Storm is a young singer and fashion star. Many have called her “Tiny Chancer” for her star like performance from a young age that has today converted into fame and a great career ahead as a fashion star and teen style icon.

Here are some interesting facts about Tallia Storm:

As of 2018, Tallia Storm net worth is estimated to be $500,000. Storm is one of the top models among teens. She has been dominating this field because of her beauty and charismatic performance. She has been a part of many fashion events including the London Fashion Week. She has also been associated with big luxury clothing brands like Gucci and is also known for her unique and eye catching hair styles.

She was born with the name Natalya Storm Hartmann and grew up in Kiilearn, Central Scotland, a small village. Before moving to Jersey, she was attending Balfron High Schooland. She is even a writer and had a two book deal with children’s book publisher Scholastic. She looks to have a very bright career ahead of her as she was recently regarded as a “British Singing Sensation” by Paper Magazine in January 2018.

2. Talia performed at a Elton John concert when she was 13 years old

Tallia Storm once sent a raw video of her performing to Elton John. Surprisingly, Elton John  was impressed by the guts and courage of the young kid and went on to invite her for a gig at one of his concerts.

Elton invited her to be a support act for his concert in Falkirk Stadium. For a 13 year old, she made an exceptional performance and many in the press picked it up instantly even going on to call her as “Tiny Chancer”. Her impressive performance eventually led to her signing a deal with Virgin Records. She has that she shared her recording studio with Daft Punk and simultaneously finished her studies along with music.

3. She released her first single called Social Security in 2015.

Storm has been very active as a singer even though she is still very young. One of her first official single for the public was called “Social Security”. Her music production and quality of her songs has increased tremendously since then.

Most recently, she has been busy promoting her single “Still in Love” to her fans which is considered one of her best works till date. 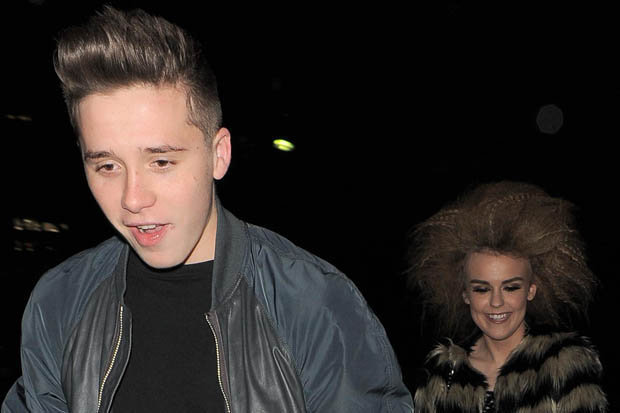 Apparently, Brooklyn Beckham, the son of famous footballer David Beckham and Storm were in a committed relationship. They dated for over a year back in 2014 before Beckham cut ties with her.

Storm was devastated because of this admitting that he was her first love. She has even shared that her entire album called “Teenage Tears” was based on her split over the A-list teen. But, Storm has moved on since the break up and dated Seb Morris on the process but that didn’t work either as they break up after couple of months.

5. She quit her title as celebrity ambassador of Oxham over sex abuse scandals

After sexual allegations emerged against Oxham, a charity organization, it left Storm in a difficult situation. She was the celebrity ambassador for the Oxham and believed in the works that they had been doing.

But she has decided to quit this position amidst serious sex abuse allegations. She used to work on being involved in charities and raising funds in different events fir the organization.

Storm has decided to take this decision after the release of allegations that then Oxham boss Roland van Hauwermeiren had sex with an Haitian prostitute 2 times every week. The woman was a victim of the devastating earthquake of 2011 which killed five of her family members and herself in a situation of starvation to feed her children. It is reported that the boss used these situations to take control and use thse vulnerable women to his advantage.

Storm later commented on these allegations by saying that she was “shocked and disappointed” by these sex abuse claims.

David Chang Net Worth: 5 Interesting Facts You Should Know

Madison Riley Wiki, Bio, Age, Net Worth, and Other Facts

Jake Manley Wiki, Bio, Age, Net Worth, and Other Facts

Sofia Hublitz Wiki, Bio, Age, Net Worth, and Other Facts