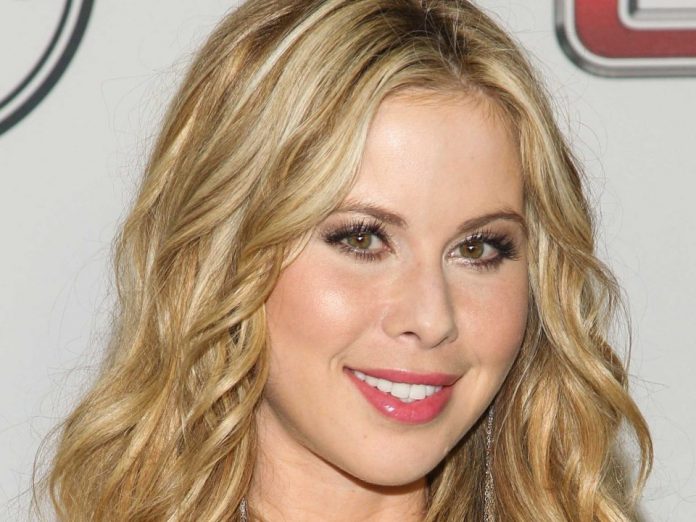 Tara Lipinski is an internationally acclaimed American figure skater and actress. In recent years she has been very active as a sports commentator for the sport and is also very passionate about philanthropic works.

Currently, she is busy working for NBC and Universal Sports as one of the top female TV sports commentators.

Here are some interesting facts about Tara Lipinski:

1.Tara Lipinski net worth is estimated to be $6 million.

As of 2018 Tara Lipinski net worth is estimated to be $6 million. She has created a very positive and powerful image as a successful Olympic full of accomplishments to the public. Along with her winning several large prize checks for her winnings, she has also been involved with several top brands all over the world.

Her time on screen as an actress has also been the reason why she is at such a strong financial position today. Lipinski also shared some of her secrets to her success with two best-selling books; Triumph on Ice and Totally Tara. She has endorsed many big companies which today has lead to her high net worth.

Lipinski also realized the power she had as a role-model and her actions spoke louder than words with her frequent acts of kindness with her philanthropic works which prove she is utilizing her wealth for the betterment of society as well.

2.She began ice skating at the age of 6.

Lipinski was born on June 10, 1982 in Philadelphia. She actually started roller skating when she was only 3 years old. She was very good at it as well. Her parents first took her to ice skate at the age of 6 and she adapted to it instantly.

She was taking classes to improve her skills regularly. By her early teenage years, Lipinski was already finding success and getting her name out there at the start of her career. She was performing in all the major competitions and had already developed a lot of exposure towards professional ice-skating.

3.She is the youngest ever to win a World Figure Skating Title.

She made headlines worldwide when she won the coveted title for World Figure Skating. She accomplished the record at the age of 14 years, 9 months, and 10 days.

Lipinski will add in that a feat that is at the same level of this record is her performance at the 1998 Nagano Olympics where she was the youngest gold medalist ever in the Winter Games’ history. After 1998, she had a serious glandular infection which resulted in constant fatigue. This resulted in her having to withdraw from competitions. She moved on to tour with Champions of Ice and eventually toured with Stars on Ice for 4 seasons.

4.Lipinski is a performer not only on ice but on screen too.

She has developed a reputation as an actress as well. According to her, after her time was over on the ice, the transition into a career in the screen was not as difficult for her as the naturally talented Lipinski shared a similar passion and obsession to make use of her abilities to the maximum on screen as well.

One of the highlights of her TV career has been the success she had being the main star of the show “Tara Lipinski: From This Moment On”. She also appeared on the film “The Metro Chase” and had a supporting role for “The Young and The Restless”.

She has also done numerous cameos both on TV and film. Some of her most noticeable ones have been “Sabrina, the Teenage Witch”, “7th Heaven”, “Malcolm in the Middle”, and “Touched by an Angel”.

5.She is very active in philanthropy

Lipinski is the youngest inductee ever into the United States Figure Skating Hall of Fame which took place in 2006.  Her accomplishments were a big inspiration for her generation of young women to pursue their dreams and aspirations.

This made Lipinski to feel that she has a lot of responsibilities on her shoulders being such a role model. She has been giving back to society in numerous ways through her career and with time today, is more active than ever. She is the spokesperson for the Campaign for Tobacco-Free Kids .

She has been associated with many charities over the years. Some of them are Childhood Leukemia Foundation, the Make-A-Wish Foundation, and the Children’s Circle of Care among many others.

Eva Mendes Wiki, Bio, Age, Net Worth, and Other Facts

factsfive - November 5, 2020
Eva Mendes is an American actress, model and businesswoman. She began acting in the late 1990s. After a series of roles in B movies...

Tilda Swinton Wiki, Bio, Age, Net Worth, and Other Facts

Ann-Margret Wiki, Bio, Age, Net Worth, and Other Facts

Cash Warren Wiki, Bio, Age, Net Worth, and Other Facts

Chris Pratt Wiki, Bio, Age, Net Worth, and Other Facts