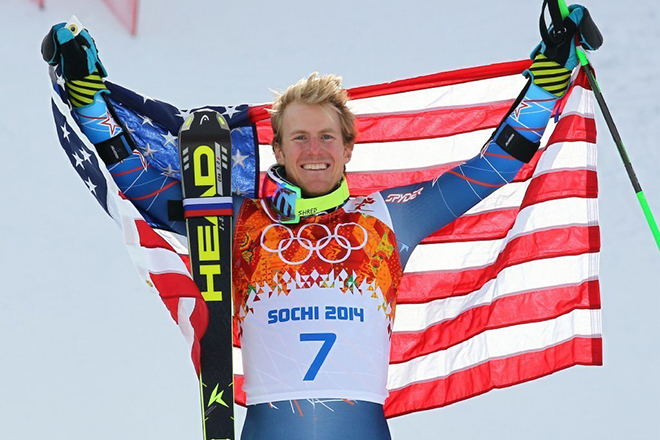 Here are some of the interesting facts about Ted Ligety:

1. Ted Ligety net worth is estimated to be $3 million.

As of 2018, Ted Ligety net worth is estimated to be around $3 million. He has already built his name as a famous ski racer since 2006. He earned most of his money during from 2006 to 2014 where he won five World Cup Champion in giant slalom and two Olympic gold medals. Endorsements and deals also contributed on his fortune while he also owns a skiing apparel company, Shred Optics.

Ted was born on August 31, 1984 in Salt Lake City, Utah to Cynid Sharp and Bill Ligety who are both real estate agents. He began skiing at two and started racing at the age 10. Ted went to The Winter Sports School and graduated in 2002. After two years, he was named to U.S. Skiing Development Team and won a silver medal in slalom in Junior World Championships 2004. In 2005, he was added to U.S. Ski Team full time.

He is also a two times Olympic champion. His first Olympic gold medal came in 2006 in Turin in men’s combined event while he won his second gold medal in 2014 Olympics in Sochi in giant slalom. He is considered one of the greatest giant slalom skiers of all time after winning Olympic giant slalom gold medal, 24 GS World Cup wins, 3 GS world championship gold medals and 5 World Cup titles.

Ted started Shred Optics in 2006. The company produces ski goggles, sunglasses and helmets. He designs all the products and uses them himself.

He also served as the director of skiing for the Mt. Holly Club, a luxury ski and golf resort located in Utah.

He is involved in Citi charitable program and Youth Enrichment Services which takes urban youth to the mountains and teaches them how to ski and snowboard.