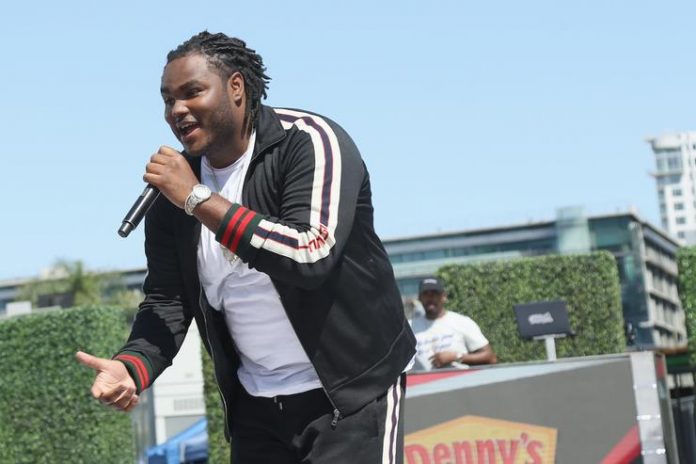 Tee Grizzley is an American rapper from the West side of Detroit. He became a viral sensation with his single “First Day Out”. This was a non-traditional rap song which was very relatable and an inspiration to many Americans living in places like Detroit.

He wasn’t even signed with any record label at that time and its big success garnering millions of views as well streams on Youtube and Spotify respectively made him the center of attraction in the hip-hop industry at the time. Since then, in this short frame of time, he has already grown leaps and bounds and it looks to only be the start of many great things to come for the American rapper. Here are some interesting facts about him:

As of 2018, Tee Grizzley net worth is estimated to be around $700,000. In the last year, since his viral hits, his net worth has skyrocketed in value. His talent was evaluated by 300 Entertainment and they went on to make a great record deal with him. This is going to help be the stepping stone for the next phase in Grizzleys young career.

Tee, who was previously a part of Choppa Boyz Record label, has made the majority of his money through his live shows and tours. Recently, he went on a very successful tour with big names like 21 Savage and Young M.A.

His creations have also caught the attention of superstars like LeBron James and Jay-Z. Their notice and shoutouts for his music have helped to triple his record sales according to a report. As his personal brand, Tee Grizzley has grown in name, he has also been making money by selling special edition merchandise for his fans.

Tee Grizzley Net Worth compared to other rappers:

2.He grew up in an Abusive household

Tee was born Terry Sanchez Wallace on March 23, 1994, in Detroit, US. He was raised by his grandmother along with his sister. His musical interests actually date back to middle school when he started a musical group called All Stars Ball Hand.

But growing up in his personal life, he really didn’t have good role models. He was an eye-witness to drug dealing happening even within his family and was surrounded by drug-addicts. His mother was sentenced to 15 years of jail term in 2011 relating to drugs. He mentioned in an interview that he has a good relationship with her today.

Sadly, his father was murdered in 2012. Tee laments how he managed to stay sober as well as get great grades in schools so that it would open up the door for him to be the first person in his family to attend college.

On July 1, 2014, Tee as a freshman was arrested along with two others for an attempted robbery at a jewelry store. This turned out to be a very silly move as it resulted in him getting a jail sentencing that could have been prolonged up to 15 years.

He was also charged with stealing valuables from the Michigan State University. This was a troubled moment in his life.

But his jail term might have been a blessing in disguise as it helped to realize his mistakes as well as pursue his talent in music. Seeing the success of guys like Meek Mill, Drake, and Future motivated him to make a name for himself as well.

He spent his time proactively in jail. According to an interview, he spent a lot of his time reading books from genres like fiction to business books to religious books as well. Luckily his jail term was cut short and with a new and renewed mindset, he has definitely made good use of his time outside the cell.

4.He is loved in Detroit for being himself and an example of inspiration to many

His song “First Day Out” touched many people personally from where he comes from. Such relatability led to a quickening liking for him and just being real about how things went forward in his life.

He realizes this as well and talks with many high school students to give them advice about the things that he has gone through and they probably will as well sometime down the line in their lives. Such messages are centric around his songs and raps as well.

5.He is set to launch his debut album “Activated”

After much wait, Grizzley is finally going to give his supporters an album entitled “Activated” which is sure to have more details about his journeys and hardships as well as strong messages as well.

He also recently did a collab with Lil Reese called “Ready 4 Real” and also worked on a mixtape called “Still my Moment” citing his previous mixtape “My Moment”.