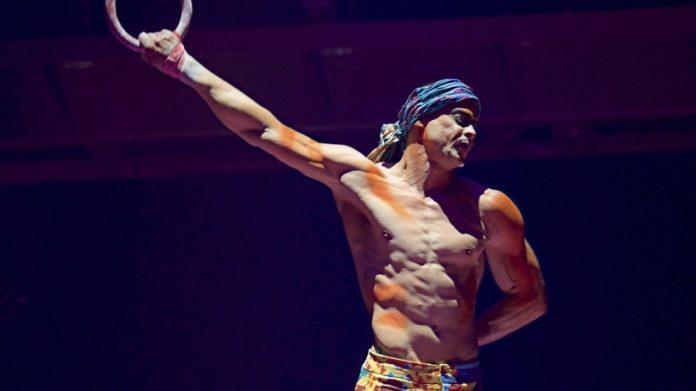 On March 17, 2017 Saturday night, Yann Arnaud a 38 year old performer died during a performance at the VOLTA show. He lost his grip on an aerial ring and fell from above 20 feet onto the stage.

A statement from Cirque reads: “While he was performing the aerial straps number, long-time aerialist, Yann Arnaud fell onto the stage, Emergency procedures were immediately activated and Yann was transported to the nearest hospital, where he later passed away from his injuries.”

He was originally from France but lived in Miami and had been performing in Cirque shows for last 15 years. The incident happened in front of live audience. According to sources, he fell about 12 feet onto the stage below after losing his grip. He was quickly taken to hospital. After a few minutes an announcement was made over the loudspeaker asking for the audience to leave the tent. He was then taken to Tampa General Hospital where he later died of injuries.

After the tragic event, CEO of the company, Daniel Lamarre said in the statement ” The entire Cirque du Soleil family is in shock and devastated by this tragedy. Yann had been with us for over 15 years and was loved by all who had the chance to know him. Over the coming days and weeks, our focus will be on supporting Yann’s family and our employees, especially the VOLTA team, as we go through these difficult times together”.

Yann Arnaud was married to Inna D Gorelova. The couple had two daughter and they welcomed their first child in August 2015.

After the incident, the remaining two shows in Tampa have been canceled. The company have confirmed that anyone who had purchased tickets for future shows will receive full funds.