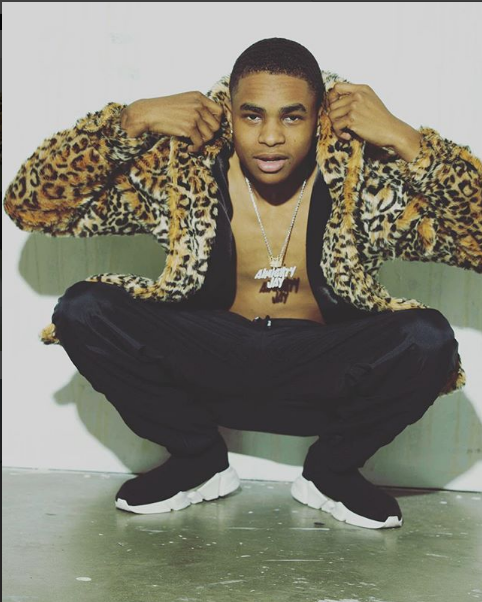 YBN Almighty Jay is an American rapper who is creating a buzz recently after he is spotted holding hands with Blac Chyna.

Born on August 6, 1999 in Texas as Jay Bradley, YBN Almighty has been involved in rapping since his childhood days and did lot of freestyle with his friends during his time at high school. He first started his rapping career by sharing some videos to his YouTube channel in September 2017. In-fact he has two YouTube channels “King Almighty Jay” and “Jay’s Life”. His secondary channel “Jay’s Life” consists more of his personal videos.

YBN Almighty Jay started uploading music in YouTube channel since 2016. After one year of hard work, he released his first single titled “Chopsticks”. The song has received over 10 million views on YouTube. His popularity even rose higher after he collaborated with rapper YBN Nahmir on single “No Hook”.

His Instagram profile is full of concert, music promos and pictures of him with famous celebrities like Lil Wayne, Rich The Kid, Chris Brown, Snoop Dogg, Christian Combs and many others.

YBN Almighty Jay Net Worth: In a very short interval of time, he has been very successful. As of 2018, his net worth is estimated to be $100,000. Most of his earnings are from his hit single “Chopsticks” and live performances.

According to TMZ, he is dating American model Blac Chyna. YBN Almighty is 11 years younger than Blac Chyna. The newly couple have been spotted on multiple occasions including their bowling night in LA.

When TMZ asked about their relationship to Blac Chyna she smiled and said “Yeah. We’re like dating”.

factsfive - February 21, 2018
Coby Persin is an American social media personality and YouTube star. His is known for creating prank like Making Homeless Guy Arm Wrestle for...