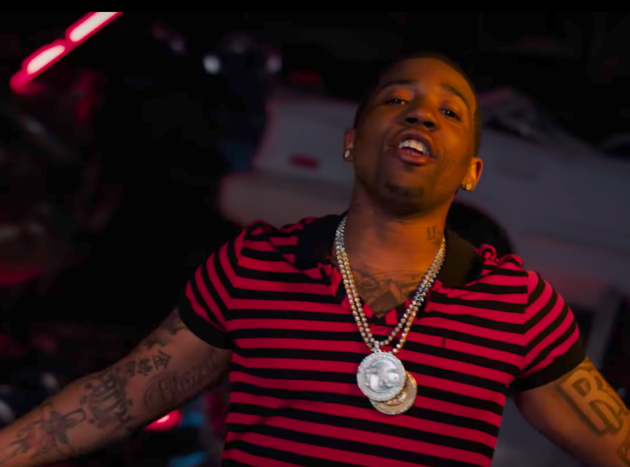 YFN Lucci is an American rapper from Atlanta, Georgia. His rise to fame started after releasing his debut mixtape Wish Me Well. He has made his name through popular singles like “Everyday We Lit” that at number 33 on the Billboard Hot 100.

This was part of his debut extended play, Long Live Nut that was released in 2017. The young rapper had a very successful and productive 2017 and it looks like 2018 is only going to get better for him. Here are some facts about YFN Lucci:

As of 2018, YFN Lucci Net Worth is estimated to be around $300,000. In December 2014, Lucci signed a record deal with Think It’s A Game Entertainment and released his debut mixtape, Wish Me Well. He has created a buzz in social media and has garnered over 1.5 million followers on Instagram. He has used this resource very well to promote his work as well as keep his fans in touch with what he is up to.

2.His brother “K” helped him to pursue music

Lucci was born as Rayshawn Bennett on February 16, 1991, in Atlanta, Georgia. His parents are originally from Jamaica and immigrate to the US.  He has applauded his mother for raising him in a single-parent home and getting them through all the basic essentials in his childhood.

Lucci has mentioned in an interview that his elder brother played a crucial part in making the decision to fully commit to a career in the music industry. His brother is also unsurprisingly a rapper and is referred to as simply K. Whilst only 16, his brother along with fellow rapper Johnny Cinco helped him give the motivation and mentored him.

As a teenager growing up he was influenced by the works of artists like Tupac Shakur, Lil Wayne, Jay Z, The Diplomats, Ja Rule, Hot Boys, T.I., Young Jeezy and Fabulous. There is not much information about his education but he did not attend college.

3.He got his breakthrough with Wish Me Well

He actually had started his career as a rapper as early as 2014. This was the time when he was only starting out. One of his early mixtapes was Wish Me Well 2. This had made it to the US Bill board 200 chart and was an ecstatic start that helped him to give the motivation to do more.

One of the songs that really caught people’s attention was “Key to the Streets”. This was a song in which he had collaborated with Migos and Trouble and people instantly got a liking towards his type of music and the meaning in those singles. This would go on to be his breakthrough as its official remix included rapping heavyweights like Lil Wayne, Quavo, and 2 Chainz.

It even made it to XXL magazine’s 50 Best Hip-Hop Songs of 2016 list. This catapulted him all of a sudden and he continued to give great music that has helped his career grow leaps and bounds. He started to get attention from major magazines and media centers. In December 2016, Billboard Magazine included Lucci in its 10 Hip-Hop and R&B Artists to Watch In 2017 list. He was also included in the 10 New Artists You Need to know segment of Rolling Stones. Meek Mill notice Lucci and together they worked on releasing a track called “You Know” as well.

Lucci who does many interviews to promote his work once stated what YFN truly stood for. This had been a question of curiosity for many of his fans. He went on to state its meaning being “Young Fly Nigga” and has admitted that this name carries a lot of meaning with him as well.

After the success of his debut extended play called Long Live Nut that had appearances from many top rappers, Lucci has stated that he will announce his debut album now in 2018. The name for the album is yet to be announced.

He has said that he has his own unique style and approach to his raps which is why this unique feature attracts a lot of fans.