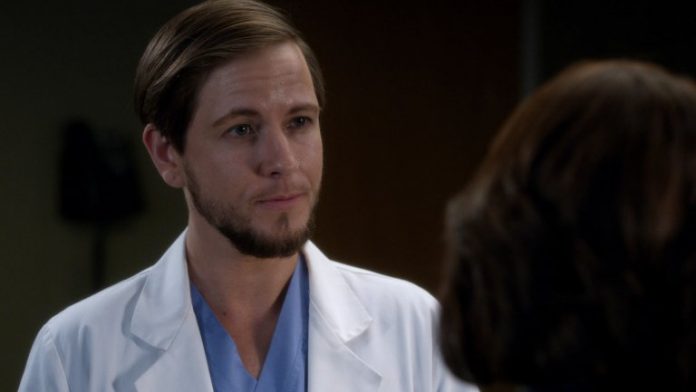 Alex Blue Davis is an American actor who is known for his role as Casey Parker in 14th season of Grey’s Anatomy. Here are some of the interesting facts about the star.

1.Alex is no stranger to acting

Alex’s role of Casey is not his first acting. In-fact he has appeared on several TV series like NCIS, Two Broke Girls, Newlywed and Broke, NCIS: Los Angeles and Grey’s Anatomy: B-Team. Grey’s spinoff B-Team is about new interns and their lives behind the scenes. Alex has also appeared in two short movies The Better Sister and Welcome to Camp Apotampkin.

2.He is really transgender.

#tbt to one of my first days on the set of @greysabc . Trying to look slick in the family bathroom. #greysanatomy #greys #caseyparker #intern #greysintern

In an interview with GLAAD, Krista Vernoff said that the casting department was in search of a transgender person to play the trans character. He was picked for the role due to his talents. In an interview Alex Blue Davis added:

TV is opening up a greater range of roles for trans character. Laverne played a lawyer on Doubt, and I’m playing a doctor — both roles haven’t really been seen before (for trans characters),” “People can see trans folks in a new light: these are people who walk among us and are human beings who have lives. They’re not defined by being trans.”

“What’s important for me to remember is there are opportunities out there where I don’t have to play trans,” Davis says. “I’m an actor. I love acting. I do love that I’m also representing a group of people who have been underrepresented, and that’s awesome. But being trans is not my identity; I identify as male. There are male roles out there that I want to play. And being an actor who happens to be trans, it’d be awesome if all those roles opened up for me because people see me and how I define myself.”

Alex is musician and singer. He is interested in indie-rock genre and was named as one of the top five up-and-coming solo artists by Music Connect Magazine. He has also shown some of his music skills by sharing some short videos of him covering songs on social media.

4.He was born in Los Angeles.

Very little information about his personal life is known to us but according to his twitter profile he is a Los Angeles native and was born there.

5.Alex is also on Grey’s Anatomy B Team.

Grey’s Anatomy B Team is a show where a fresh crop of interns face their first day at Grey Sloan Memorial Hospital. The show shows how this interns/new surgeon survive the high pressure, intimidating attending and cut throat competition.

factsfive - February 1, 2018
Oscar Gamble was an American baseball player who played for 17 seasons from 1969 to 1985. He is known for playing in different teams...

Mo’Nique Net Worth: Interesting Facts About The Comedian