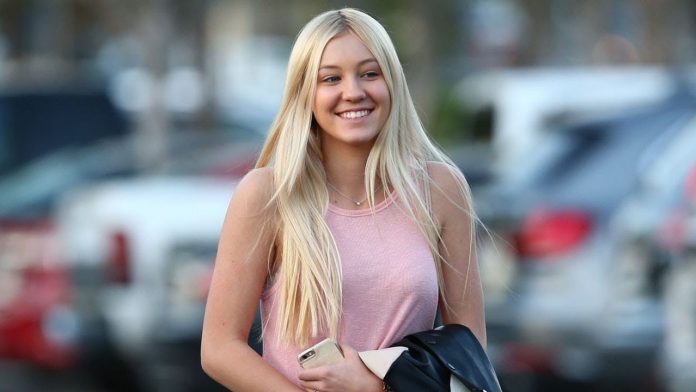 Ava Elizabeth Sambora is an American Model and Actress. She is best known for being the daughter of famous actress Heather Locklear.

Ava Sambora was born on October 4, 1997 which means she is now 20 years old. Her mother Heather Locklear was first married to Tommy Lee for 7 years. After their divorce, she then married Bon Jovi guitarist Richie Sambora in 1994. After three years Heather and Richie Sambora gave birth to their only daughter Ava Sambora.

Ava is very dedicated towards study. In June 2015, she graduated from Viewpoint High School while she currently attends Loyola Marymount University in Los Angeles and is also a member of Alpha Phi Women’s Fraternity.

Ava is a very talented girl. She is both actress and a model. As a model she modeled for her father’s fashion line “White Trash Beautiful” at 2012 Los Angeles Fashion Weekend event.

As an actress, she started her acting career appearing in an episode of TV series “Good Luck Charlie”. She has also appeared as Wendy in 2012 Judd Apatow’s film “This is 40”. Ava has also worked in TV series and movies like SummerBreak 3, Good Luck Charlie and Fresh Off the Boat.

Apart from that, she likes to spend most of her time with her friends. Her Instagram account is full of pretty pictures in bikini.

Young Nudy Height, Wiki, Net Worth & Other Facts To Know