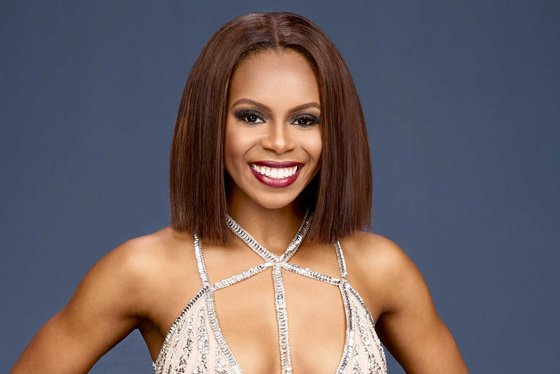 Candiace Dillard is the new member to be included on the Real Housewives of Potomac. The 31 year old reality TV star is known for running multiple companies and appearing on movies.

Here are some of the facts about Candiace Dillard.

1. Candiace Dillard net worth is estimated to be around $500 thousand.

2. She is engaged to Chris Bassett.

According to her bio, she is engaged to a man named Chris Bassett. Chris is a restaurateur and they met for the first time while they were both working at a restaurant in downtown Washington, D.C.

Before Chris proposed to Candiace in front of her family and friends, they were friends for several years. Chris is the owner of a barbecue restaurant called Myron Mixon’s Pitmaster BBQ.

3. She previously worked for President Obama.

Dillard went to Howard University and after the completion of her study; she worked in the Obama White House as a staffer. According to her bio, she served a tenure in the White House offices of Public Engagement and Intergovernmental Affairs. She also worked as a staffer for President Obama’s 2012 re-election campaign.

4. She is Miss United States and is also an actress too.

Candiace is a hard-working girl. She is a business owner. She is the founder and CEO of Candiace Dillard Pageant Consulting, co-founder of Prima Hair Collection by Candiace Dillard and the co-owner of Chateau Salon Suites.