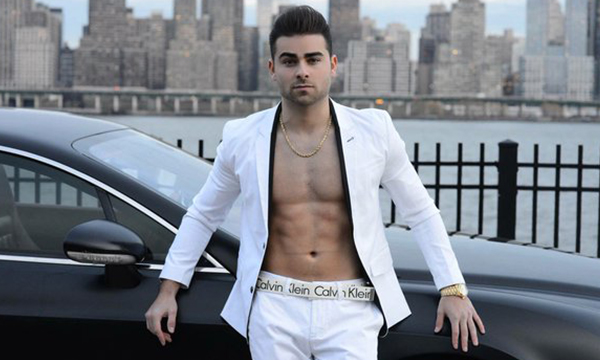 Coby Persin is an American social media personality and YouTube star. His is known for creating prank like Making Homeless Guy Arm Wrestle for Money and Girl Walks Around NYC With No Pants.

Here are some of the interesting facts about Coby Persin:

As of 2018, Coby Persin net worth is around $800,000. His primary source of income is from monetization from YouTube. His YouTube channel has over 3.5 million subscribers and has received over 600 million views his channel launched up. With such massive viewers, his channel will earn around $1000 per day from YouTube ads only. He also earns good amount of money through sponsorship and endorsements.

Coby Persin net worth compared to other YouTubers:

2. Before YouTube, he started his career as a model.

Coby Persin was born on May 7, 1994 in New York, United States. He currently resides in New York with his brother. He initially started his career as a model. He worked for brands like Abercombie & Finch for a year.

Coby has also appeared in advertisements for brands like Fuerte Men, Mentality Magazine and the NFL.

Coby was inspired to start making prank videos and open up his YouTube account by fellow YouTube pranksters like Vitaly Zdorovetskiy. Vitaly is a prank veteran who has made his career on YouTube by making comedy prank videos. His channel has over 9 million subscribers.

4. Some of his videos have received massive views.

Some of the famous videos from his channel include “Girl Walks Around NYC with No Pants” and “Making Homeless Guys Arm Wrestle for Money” has received massive 64 million and 24 million respectively.

His recent prank video titled “Homeless Billionaire Exposes Restaurant” has received massive views so far. In a three minute video, Coby can be seen approaching a restaurant dressing as a homeless man in a large garbage bag. But the staff from the restaurant says that he is unable to seat him saying the restaurant is “too expensive” for him.

Coby tries to tell the staffer that he has lot of money but he still refuses to serve him and says:”Can You please get away? Go eat at McDonald’s-some other options but not here”. After some minutes his fake friend Ronaldo hand him the suitcase and he says to the staffer: “I told you I had money, What’s crazy is the way you judged people just by there appearance. I might buy this spot just I can fire you- you’re lucky”.

Coby and Ronaldo left the staff speechless and ashamed.