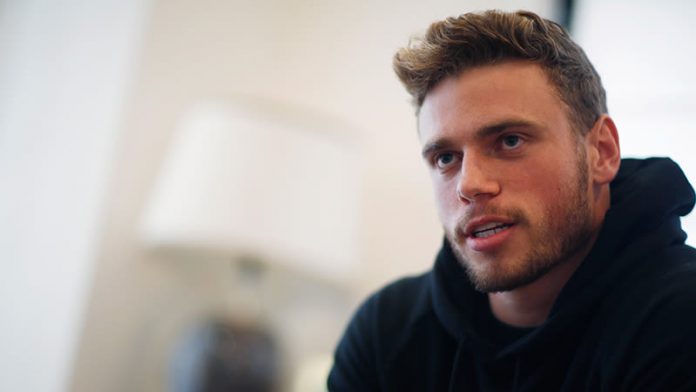 August Richard Kenworthy shortly known as Gus Kenworthy is an American freestyle-skier. Gus is one of the athletes who will be competing in the Winter Olympics. So, how much does Gus Kenworthy earn? Here are some facts about him including his personal life, boyfriend, net worth and more.

According to businessinsider, Gus Kenworthy net worth is $300,000. Athletes are paid around $37,500 for winning a gold medal at Winter Olympics while he has never won one in his career so far. Gus earns most of his money from sponsorship deals from companies like Visa and Proctor & Gamble.

Gus Kenworthy Net Worth compared to other athletes

Gus was born on October 1, 1991 in Essex, United Kingdom to Pip Tyler and Peter Kenworthy. His mother is originally from Bristol England while his father Peter who is American worked in London for many years. In 1993 Pip Tyler, Peter Kenworthy, their sons including Gus who was two years old that time immigrated to United States.

Kenworthy graduated from Telluride High School in 2010. He could have graduated one year before in 2009 but decided to take a year off because of his passion on ski.

Gus won AFP World Championships overall titles in 2011, 2012 and 2013. He then won Silver medal in 2014 Winter Olympics in Russia in freestyle skiing. The same year he won bronze medal at the Games in France in the slopestyle event.

In 2015 and 2016, he won the World Cup Men’s Halfpipe in Utah and California respectively. In 2017, he finished third in Men’s slopestyle in World Cup in Switzerland.

He will be representing United States in 2018 winter Olympics in Pyeongchang, South Korea.

In an interview with ESPN in 2015, Kenworthy came out as gay. He later said to Attitude magazine that “I wanted to do it in my own words and once and for all-and hopefully help kids that are in the same position I was”. He is the first action sports star to come out as gay.

Currently, he has been in relationship with Matthew Wilkas. Matthew is an American theatre, film actor and reality television personality. He has appeared in 2012 movie “Gayby”.

Before that, he was involved in relationship with Robin Macdonald. Gus and Robin first gained attention as a result of Macdonald, texting him a photo of five stray dogs during the time at 2014 Winter Olympics. However, their relationship broke after 5 years.