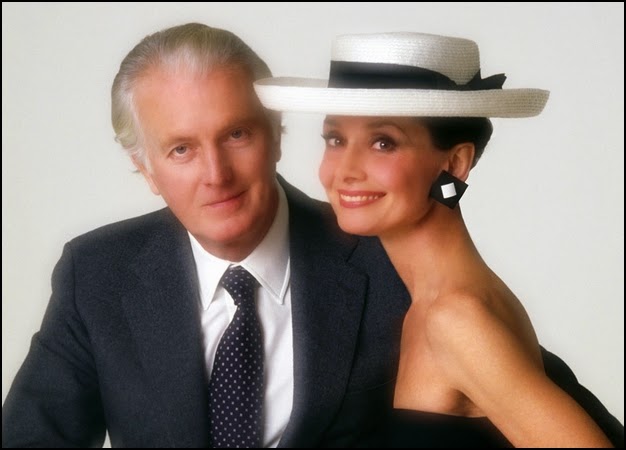 Givenchy was born on February 21, 1927 in Beauvais, Oise as the youngest son of Lucein Taffin de Givenchy and Beatrice Badin. His first job came in 1945 when he worked for Jacques Faith. He then did designs for Robert Piguet and Lucien Lelong. From 1947 to 1951, he worked for the avantgarde designer Elsa Schiaparelli.

In 1952, Givenchy founded “The House of Givenchy”. He was one of the famous fashion designers at that time. He designed almost all the outfits worn by actress Audrey Hepburn in her movies. He also created his first perfume collection for her. Some of his famous client includes: Marella Agnelli, Ingrid Bergman, Greta Garbo, Jackie Kennedy, Jacqieline de Ribes, Pauline de Rothschild, Audrey Hepburn, Babe Paley, Lee Radzieill, Diana Vreeland and many others.

In 1988, The House of Givenchy was sold to LVMH Moet Hennessy Louis Vuitton. In 1970, he was named to the International Best Dressed List Hall of Fame. He retired from the fashion industry in 1995 after spending more than 5 decades in the fashion industry. Hubert de Givenchy was also awarded a Chevalier de la Legion d’honneur and a Medal of l’Ordre des Arts et des Lettres.

His partner Philippe Venet confirmed the news saying that he died in his sleep on March 10. Venet said “It is with huge sadness that we inform you that Hubert Taffin de Givenchy has died”. He was 91 years old.