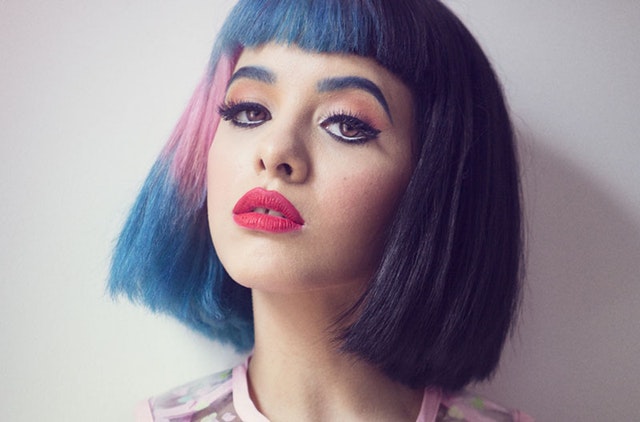 Melanie Martinez is an American singer and songwriter. She gained fame from the American television vocal talent show The Voice where she was in the team of  Adam Levis. After her appearance in the show she became active in the music industry.

Melanie released her debut single named “Dollhouse” . In 2014, after signing to Atlantic Records, she released her debut EP also titled Dollhouse. “Cry Baby “ was her debut studio album which was released in 2015. Melanie’s two-toned hair and gap between her front two teeth are her distinctive look.

Here are some facts about Melanie Martinez :

1. Melanie Martinez net worth is estimated to be $1 million.

As of 2018, Melanie Martinez net worth is around $1 million. She has earned this money from her passion about music and hard work and dedication as well. She had given some of the best hit songs from where she had gain some wealth. She is also a songwriter so she gets royalties from the songs which she has written.

The Voice was the first step of her success in music and way to earn the net worth. She had gained all her fame and wealth from music which is the outcome of her dream.

2. Her aim was to be singer since childhood.

Melanie Martinez had grown up listening to her father’s Beatles records and hip-hop music. She always wanted to be a singer since very young age. Mr Nadien, her teacher taught her to sing and write poems when she was in Plaza Elementary school.

Melanie was connected with music since she was childhood. Later Melanie joined Baldwin high school where she learned to play Guitar by reading the chord diagrams while she was age of 14.

3. Melanie Martinez’s mother hadn’t let her to dye her hair.

Every mother won’t allow their kids to do the things which as a mother don’t like. The same thing happened with singer Melanie. Her mother also didn’t allowed her to dye her hair. But Melanie was inspired by hair of Cruella de Vil and went to the salon and did as she wanted.

After getting back from salon, her mother was freaked out looking at her hair and didn’t talk with Melanie for a week. But now situation have changed and loves her hair.

4. She has got her own Fragrance.

Melanie had released her own fragrance named Crybaby Perfume milk in October, 2016. The milk is only in reference to the bottle shape. In fact the perfume is in sugary and spicy scents with burnt caramel and woods which she explains as “nostalgic and sweet” smell. The perfume was distributed by Atlantic Records with her first label to distribute a fragrance.

5. Melanie Martinez is in relationship.

Melanie Martinez is in relationship with Michael Keenan, who is a music producer. The cute couple have worked together in the songs of Melanie like Crybaby and Gingerbread Man. Melanie had declared their relationship through her twitter account. They both have posted adorable pictures in twitter and Instagram.