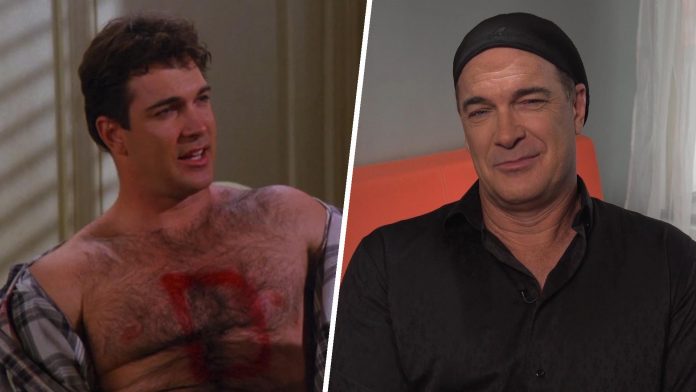 Below is a compiled list of the most interesting facts about Patrick Warburton. Check it out!

Patrick Warburton is known to many for the role of “Puddy” in the hit NBC comedy “Seinfeld,” the laconic, enigmatic, quirky Saab salesman and Elaine’s boyfriend. Warburton starred for 7 seasons on the hit CBS comedy “Rules of Engagement” with David Spade, Oliver Hudson, and Megyn Price about two couples and their single friend, all at different stages in their relationships dealing with the complications of dating, commitment, and marriage. He is now set to star in NBC’s newest sitcom series entitled “Crowded,” premiering Sunday, March 20th, about an empty nest couple (Warburton & Carrie Preston) who find out their adult daughters want to move back home with them. Patrick also played “Guy” in the international blockbuster comedy Ted and recently completed shooting the highly anticipated sequel Ted 2 where he reprises his role. Warburton starred on the ABC hit comedy “Less than Perfect,” as “Jeb Denton,” an opinionated network anchorman; and on the hit show “NewsRadio” as “Johnny Johnson” the unscrupulous business rival who takes over the station. Warburton starred in Disney’s major motion picture, live action comedy Underdog, as the archenemy “Cad,” based on the 1964 cartoon television series. He is also perhaps the busiest voiceover artist in Hollywood for his many characters including the role of the paraplegic and over-zealous cop, “Joe Swanson,” on the hit comedy “Family Guy.”

I have heard nothing from my friends at The Family Guy. Yeah, I heard that they got picked up again and all that good stuff, but I haven’t heard anything yet. But, you know, I’m very elusive and hard to contact.

The greatest risk is really to take no risk at all. You’ve got to go out there, jump off the cliff, and take chances.

I’ve actually become much, much dumber through being married and having these children. I find that I’m not half as sharp that I once was. I can’t even help them with their 4th and 5th grade vocabulary and math work at this point.

I always wanted to do a Disney movie.