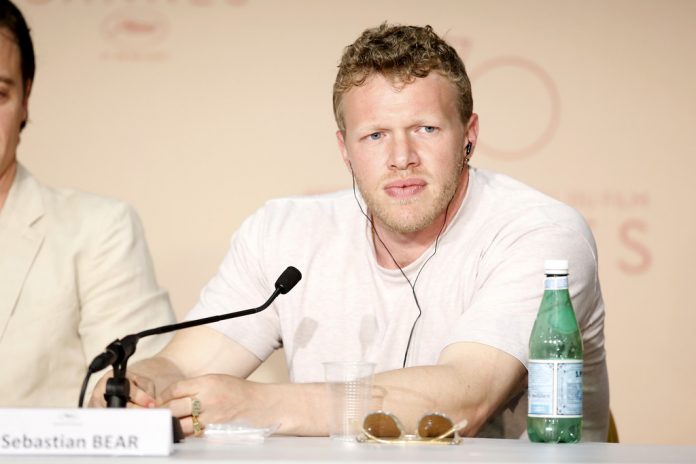 Sebastian Bear McClard is an American actor, director, producer and more importantly husband of famous model Emily Ratajkowski. On February 23, 2018 she surprised the whole world by marrying her boyfriend who she has been dating for only few weeks. So who is Sebastian Bear McClard?

According to his IMDB page, Sebastian is a producer and actor. He was a producer on movie Good Time (movie starring Robert Pattionson), Still Life and Heaven Knows What. He is also seen acting on movies like The Minority, Force of Circumstance and short film Buffalo Wings. He was also nominated for several Gotham Independent Film Awards for movie “Good Time”.

According to reports, he is close friend with Safdie Brothers and is a partner in their production company, Elara Pictures. Safdie Brothers are working on movie “Uncut Gems” starring Jonah Hill and McClard will co-produce with Oscar Boyson, Scott Rudin and Eli Bush. The Safdies are also working on a remake of 1982 movie “48 Hrs” and Sebastian is producing the movie.

According to Daily Mail, Sebastian and Emily were first spotted together in PDA outside of Los Angeles eatery LA Poubelle. While, she hasn’t confirmed her breakup with previous boyfriend Jeff Magid, she was seen with Sebastian at French restaurant in California.

Sebastian and Emily has been together since last December and were spotted together at New York Knicks game last month.

Despite dating for only couple of months, she tied the knot at New York City Hall along with just few close friends. She made the announcement via Instagram saying “Sooo” ,” I have a surprise” and “I got married today”.

factsfive - March 25, 2018
Brett Gray is an American actor and singer best known for his role as Jamal Turner on Netflix series "On My Block".  The series...

Tom Cruise Wiki, Bio, Age, Net Worth, and Other Facts

Téa Leoni Wiki, Bio, Age, Net Worth, and Other Facts

Tommy Wiseau Net Worth: 5 Facts You Should Know

Daniel Ek Net Worth: 5 Facts About CEO Of Spotify

Guy Ritchie Wiki, Bio, Age, Net Worth, and Other Facts