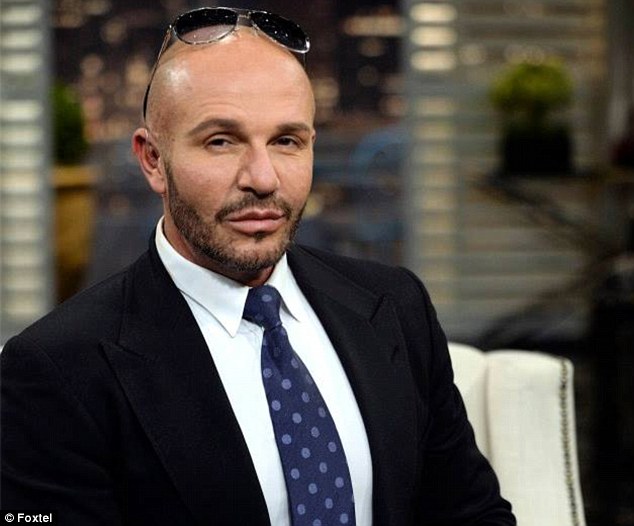 Alex Perry is an Australian fashion designer and television presenter. He is best known for designing costumes for some of the biggest names in Hollywood Industry like Jennifer Lopez, Miranda Kerr, Kate Upton, Kim Kardashian and many more. As of 2018, Alex Perry net worth is estimated to be more than $25 million.

Alex was born as Alexandros Pertsindis on February 14, 1963 in Sydney, Australia. His parents were immigrants from Greek and migrated to Australia. He also has an older brother named Lee Perry.

Alex started in fashion business in 1992 launching his brand from a Studio in Kensington creating gowns, corsets and sheaths. His gowns were quickly acclaimed and featured on the covers of magazines like Vogue, Harpers Bazaar, Marie Claire, InStyle Australia, Madison & Grazia Australia.

In 1994, he then moved his studio to Sydney. He was also a designer at the inaugural Mercedes Australian Fashion Week in 1995. His runway shows have seen models like Linda Evangelista, Alessandra Ambrosio, Megan gale, Miranda Kerr and Lily Cole.

Apart from designing, he has appeared in several reality Television shows. He has appeared in all nine series of TV series “Australia’s Next Top Model”. He also appeared in Celebrity MasterChef Australia 2009 and hosted the two-part reunion of the Real Housewives of Melbourne. In 2015, he opened “The Alex Perry Hotel & Apartments” in Brisbane’s Fortitude Valley.

factsfive - January 19, 2018
Alex Blue Davis is an American actor who is known for his role as Casey Parker in 14th season of Grey's Anatomy. Here are...

Portugal The Man Net Worth: 5 Facts About The Rock Band