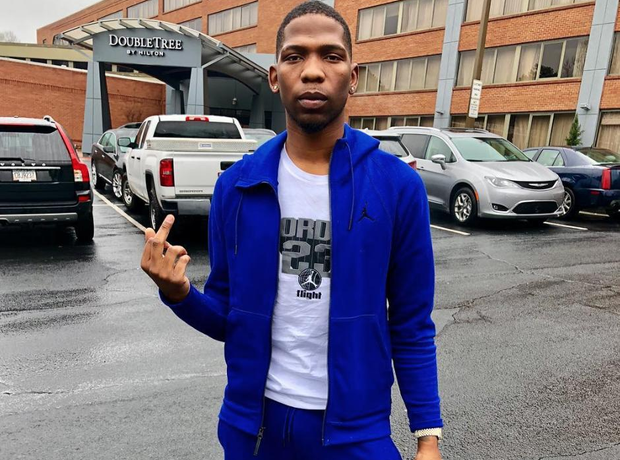 James Baker, who is better known by his stage name as BlocBoy JB is an American rapper and songwriter from Memphis, Tennessee. He became a viral sensation after his song “Look Alive” became a big hit. This song featured legendary rapper Drake as well and made it to the top 5 of the Billboard Hot 100 chart.

Here are some interesting facts about BlocBoy JB:

As of 2018, BlocBoy JB net worth is around $300 thousand. Baker has come a long way from his humble beginnings. His mother had seven children and life was a struggle. This taught young Baker to hustle from a very young age. He grew up in a very large family but says that there are many memories there. He even worked at McDonalds as well as other places like Popeyes and Apple Warehouse on entry-level jobs.

But, Baker had enough of it when he realized that he was making them way too rich being paid only $7.5 per hour there. With his music career taking full momentum, Baker now has enough cash that he recently bought a big house for his family in Memphis. This is a big milestone for the young rapper and he plans to buy even more houses in the future with the growth of his music career.

2. He has never met his father.

Baker was born on May 19, 1996, in Memphis, Tennessee. His name actually comes from his father but ironically he has never met the man who gave him birth. This is because his father received a 25 year sentence in jail during the time that he was born. The star who has more than 300k followers on Instagram is very attached with his mother who had a hard time raising seven children.

3. He started putting music out when he was only 15

He moved to Raleigh in North Memphis when he was only 14 years old and met Tay Keith, who would eventually be a producer for his music videos. This was the start of Baker getting active in music. He started putting his music on platforms like Soundcloud in 2012. Even at such a young age, he had great passion for being a rapper and released numerous small projects that weren’t mainstream but did teach him a lot about the art.

He went on to release his debut mixtape called “Who Am I “ in 2016 that included the hit song “No Chorus Pt.6”. This was a trailer to what Baker would produce next. The song “Shoot” became a big hit as it created a trend called the “shoot dance” that caught the attention of big rappers like Drake.

4. Look Alive was a turning point in his career

Drake had posted the video of the song on his Instagram page and sent a message to Baker about it. Drake proposed to work together and Baker instantly said yes.  Tay Keith was a mutual friend which helped make the song “Look Alive” possible. This would go on to peak at number 5 on the Billboard Hot 100.

It looks like a high possibility for him to be signed to Drake’s label called OVO sound. He has shown appreciation for Drake for giving him countless pieces of advice including how to deal with fans. His most recent project was The Purple M&M.

Baker was never a good student in school. He would miss classes and was even suspended when he was in the 10th grade. He soon left school to pursue rap full-time. In the process of getting different works done he even mentioned the “Do it Yourself” approach that he used to make progress. He had to record himself at home with a simple mic and thus learned all the technical skills needed to make great music through YouTube Tutorials. Today, all of this has paid off handsomely for Baker.