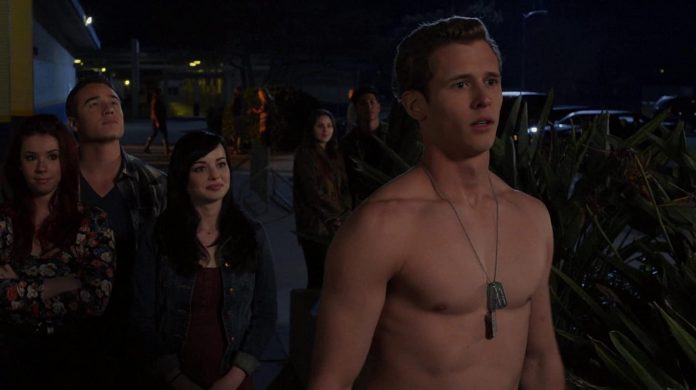 Below is a compiled list of the most interesting facts about Cayden Boyd. Check it out!

Cayden Boyd landed his first roles, small television roles and commercials, as young as 6 and 7. He played Tim Robbins’ son (Michael Boyle) in Mystic River. In 2004, he was cast in the starring role of Max in the 2005 film The Adventures of Sharkboy and Lavagirl. He played young Warren Worthington III in X-Men: The Last Stand, and he was cast in the lead role in the 2007 film Have Dreams, Will Travel (originally titled A West Texas Children’s Story), alongside AnnaSophia Robb He appeared on episodes of such television series as Crossing Jordan, Cold Case, Close to Home and Scrubs. In 2008, he appeared alongside Julia Roberts and Willem Dafoe in Fireflies in the Garden. In 2015 Boyd also had a role on the television series Awkward playing Jenna’s Marine boyfriend. He will be playing Ram Sweeney in the upcoming 2018 TV series, Heathers.

I like comedy a lot, and dramatics show how I can really act. Because a lot of people can do comedy – I’m not saying it’s easy, but dramatics are very hard.

I’ve always loved superheroes, and I’m sure every single kid out there is gonna love these superheroes and want to see ‘Shark Boy and Lava Girl’… and the fact that it’s in 3-D.

Here in California, a lot of people are just kinda rude, and they’re really impatient, especially on the freeways and stuff. And in Texas it’s not like that. Here, it’s kinda like a ‘dog eat dog’ world. But in Texas, it’s really friendly. And all my family is in Texas, so we would visit family more if we lived in Texas.

I just finished an episode of a new show called ‘Century City.’ It’s like ‘Law & Order’ set in the future, and I have a very dramatic role in that. I have to sob and weep and wail. It was very hard. When it was done, I was like, ‘OK, time to watch ‘SpongeBob!’

My parents are a big help, and they’re always making sure I have a normal life and my life isn’t all just about acting and stuff.