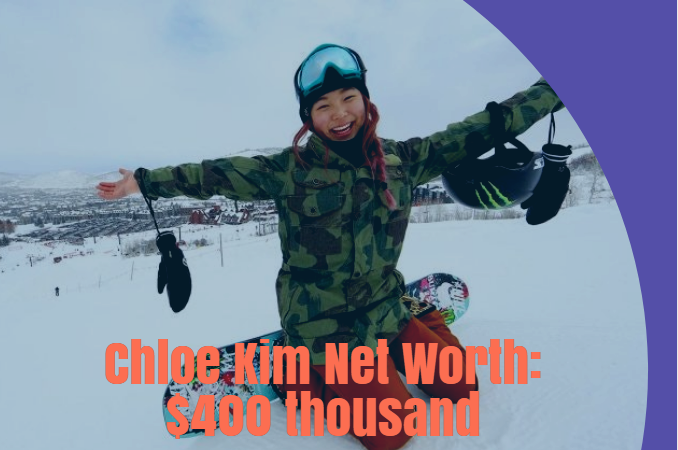 Chloe Kim is an American snowboarder who recently dominated the Olympic women’s halfpipe snowboarding winning gold medal with a top score of 98.25. The 17 year old athlete is making headline all over the world and fans are eager to know more about her personal life, career, net worth and many more.

Here are some of the interesting facts about Chloe Kim:

1.Chloe Kim net worth is estimated to be $400 thousand.

According to Celebrity Net Worth, Chloe Kim net worth is $400 thousand. She has collected most of her fortune through endorsements deals. She has deals with brands like Toyota, Monster and Target. Chloe who recently earned a spot on Forbes “30 Under 30” 2017 list also appeared in a Samsung commercial which aired during the Super Bowl.

Business Insider claimed that Athletes will get $37,500 for winning a gold medal at Winter Olympics. Right now, her net worth is estimated to be between $400,000 and $500,000 but if she continues to become a well known star like today, she will be dealing in millions in coming years.

Chloe Kim was born on April 23, 2000 in Long Beach, California to Jong Jin Kim and Boran Yun Kim. Her parents are originally from South Korea. Most of her family still lives in South Korea. She started snowboarding when she was 4 years old at their local resort in California. She then started competing at 6 as a member of Team Mountain High. Chloe then went to Switzerland to train when she was only 8 years old. After two years, she returned to California and then joined U.S. Snowboarding in 2013.

Chloe started her professional career in 2014 competing in Sochi Winter Olympics. She won silver medal in superpipe in 2014 Winter X Games. Next year, she won Gold in super pipe event in the Winter X Games making her the youngest gold medalist to win gold at the age 14. In 2016, she became first person to win two gold medals at the age 16.

4.She won Gold medal in snowboard halfpipe in 2018 Winter Olympics.

Chloe Kim dominated the Olympic women’s halfpipe snowboarding match winning the gold medal in the process. She put up a score of 93.75 on the first of her three final runs but then scored a superb 98.25 on her last run. Liu Jiayu from China with a score of 89.75 won silver medal while Arielle Gold from USA won bronze medal.

5.She broke up with her boyfriend just before 2018 Winter Olympics.

Chloe Kim split up with her boyfriend just before the 2018 Winter Olympics. They were together for a long time but Kim decided that it was best to end their relationship because it was carrying unnecessary stress to her mind.

She said: “I was hearing a lot of rumors about him, and our relationship in general. And I’m just at a time where I didn’t really want to worry about that. So I just broke it off,” in an interview with Sports Illustrated.

She hasn’t revealed her boyfriend name yet but said that they are still good friends.

Ariana Kukors Net Worth: 3 Facts You Should Know

factsfive - February 9, 2018
Ariana Kukors is a retired swimmer and a world record holder in 200 meter individual medley. She is one of the well respected athletes...

Anna Paquin Wiki, Bio, Age, Net Worth, and Other Facts

Salma Hayek Wiki, Bio, Age, Net Worth, and Other Facts

Antony Starr Wiki, Bio, Age, Net Worth, and Other Facts