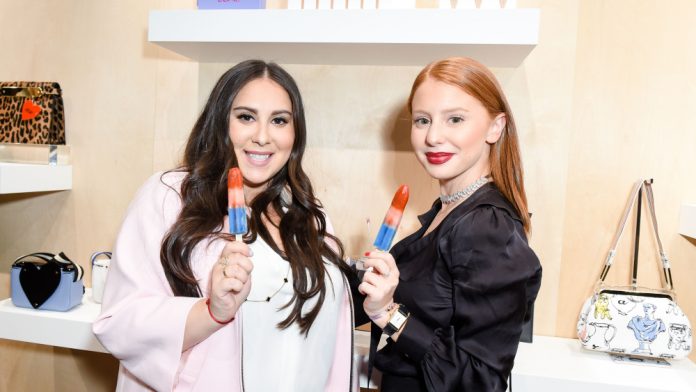 Claudia Oshry is an American social media star who is best known for her “GirlWithNoJob” Instagram account. She has collected massive 2.8 million followers on her account by posting culture-related comedic memes happening in everyday life.

Claudia was born on July 10, 1994 in New York City, United States. Her mother Pamela Geller is a blogger. Her sister Jackie is also popular on social media platforms where she shares occasional jokes and boasts around 100,000 followers.

Her Internet career started when she was a freshman at New York University. When she was 19 years old, she landed an internship with a fashion company. Claudia then opened her Instagram account in 2014 and since then she has been regularly posting comedy and culture-related memes. She also released her “GirlWithNoJob” smartphone app in May 2016 to iTunes store. The same year, she was nominated for 2016 People’s Choice Award for favorite social media star.

Regarding her personal life, she is married to Ben Soffer also known as “BoyWithNoJob”. He is also a Instagram star known for posting hilarious commentary and memes relating to typical bro lifestyle on his social media profiles. He started “BoyWithNoJob” in 2014 and so far the channel has got over 1.4 million followers. Claudia and Ben Soffer got married in September 2107.

Claudia Oshry net worth is estimated to be in between $300,000 and $500,000. She earns most of her money through sponsored posts, branded partnerships and official merchandise.

Her mother Pamela Geller is a controversial personality

Pamela Geller is a controversial figure known on the internet as an alt-right troll. She is known for attracting attention from media with racism and anti-Islamic views.

Pamela is the president of Stop Islamization of America; an Anti-Muslim, pro-Israel nonprofit known for its Islamophobic marketing campaigns. She has also been barred from entering to some countries including England. Pamela and Robert Spencer also co-authored a book together in 2012 called “The Pst American Presidency: The Obama Administration’s War on America”.

Recently, Claudia Oshry was fired from online Oath talk show “The Morning Breath” after a Daily Beast published an article revealing the identity of her mother and her past anti-Muslim tweets.

After the incident, Claudia told her fans in Instagram saying:  “I just need to apologize. Some news was broke this morning about who my mom is and then some really disgusting, vile, stupid tweets of mine resurfaced. I need to just come right out and say how sorry I am. It’s not cool, it’s not funny. I was a dumb kid. I was 16 and I thought I was being funny and cool on Twitter and it’s not. I’m not racist.”

Her attorney released the statement regarding the incident saying: ” We want to be clear to our audience and fans that our political and cultural beliefs are not anti-Muslim or anti-anyone. Our views are separate from our mother’s. Being raised by a single parent, we were taught to make our own choices based on our personal beliefs. We are inspired to think for ourselves and we do. We do not condone discrimination or racist beliefs of any kind.”

Anna Kournikova Wiki, Bio, Age, Net Worth, and Other Facts

Selma Blair Wiki, Bio, Age, Net Worth, and Other Facts

Amanda Anka Wiki, Bio, Age, Net Worth, and Other Facts

Maxine Waters Net Worth: 5 Facts About the Politician

Daniel Craig Wiki, Bio, Age, Net Worth, and Other Facts

Mads Mikkelsen Wiki, Bio, Age, Net Worth, and Other Facts