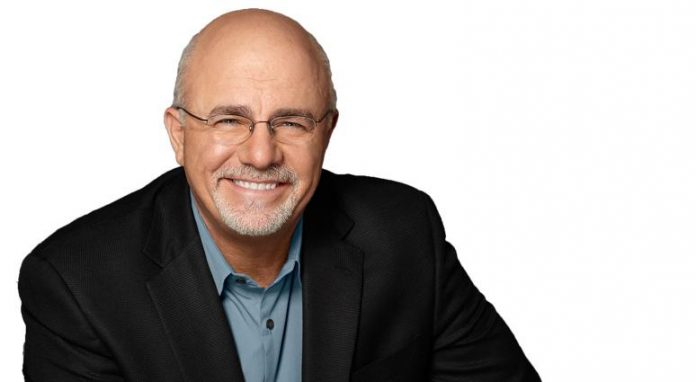 Dave Ramsey is a well known American businessman, author, radio host, television personality and motivational speaker. Today, he is regarded as one of the most trusted sources for financial advice. So exactly, what is Dave Ramsey net worth. Keep reading to know more about his personal life, career foundation and how much money Dave Ramsey currently has.

1. Dave Ramsey Net Worth is estimated to be around $55 million.

Several reliable websites like investopedia, bankrate, celebritynetworth and richest lists Dave Ramsey net worth to be exact $55 million. Even net worth calculator of bankrate.com also says so. So the question is how he managed to build huge amount of fortune. When he was 26 years old, he held a real estate portfolio worth $4 million. However, in short period of time he lost all of his money and rebuilt an even larger fortune. His main sources of income are from his books and his “The Dave Ramsey Show” radio program. According to finapp.co.in he owns some of the best luxury cars like Range Rover, Mercedes Benz and Cadillac. The website also says that Dave Ramsey owns two houses which are worth around $17 million. Combining all those assets and what he has been earning yearly, we are pretty sure that Dave Ramsey net worth is well above $55 million.

Born on September 3, 1960 in Tennessee, United States Dave was a 1982 graduate of the College of Business Administration at University of Tennessee with a degree in Finance and Real Estate. After graduating from college, his real estate portfolio was worth $4 million. However, his initial success soon came to end as the Tax Reform Act of 1986 began to have negative impact on real estate business. The bank demanded him to pay $1.2 million worth within 90 days, Sixty days later another bank demanded nearly $800,000 forcing him to file for bankruptcy relief. He managed to pay majority of the debt down leaving $378,000 outstanding.

He then began to recover financially slowly by slowly. He would provide seminar based on his own experiences and in 1992, he found finance counseling company called “The Lampo Group”. His initially started his class 37 students but slowly his membership grew to more than 350 students within few years of process.

3. His other Counseling Companies

Dave Ramsey is also the creator and founder of Financial Peace University. It provides training series for adults based on video teaching, class discussions and group activities. Topics covered in this 9 week program include cash flow, planning, investing, saving, credit and giving.

His next project “The Legacy Journey” was created under the collaboration of Dave Ramsey and the Lamp Group. This course is mainly focused for adults and deals how to get out of debt. Some topics covered on this course are investing, basic estate planning and safeguarding your legacy.

Following the success of Lampo Group, Dave Ramsey began to co-host radio program called “The Dave Ramsey Show”. It is heard on more than 500 radio stations throughout United States and Canada. It can also be viewed on iHeartRadio, live on his YouTube channel, as well as live audio and video on DaveRamsey.com. In each episode, people from several places ask Dave about wide range of personal finance questions.

Ramsey has also been featured on several media outlets and famous TV shows including The Oprah Winfrey Show, 60 Minutes and The Early Show. In 2007, Fox Business Network launched a television show under the name “The Dave Ramsey Show”, but canceled the show in June 2010.

Dave Ramsey has written several famous books like “The Financial Peace Planner: A step-by step guide to restoring your family’s financial health”, “The Total Money Makeover: A Proven Plan for Financial Fitness”, “EntreLeadership: 20 Years of Practical Business Wisdom from the Trenches” and many more. His five books have been listed on New York Times bestsellers. His books mainly focus about the management of debt, finances and also feature a Christian perspective that reflects his religious beliefs.