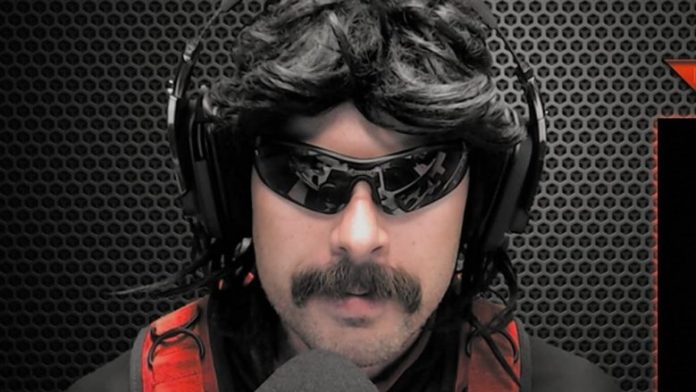 Dr. Disrespect is a Twitch superstar who is one of the most recognized face on the platform boasting of more than 1.8 million followers.

Here are some interesting facts about Dr. Disrespect:

As of 2018, Dr Disrespect net worth is estimated to be $500,000. Dr. Disrespect has a rare and at the same time fun job working as a Twitch influencer. He has found his niche in gaming and has many loyal fans. Fans reportedly drop thousands of dollars every week for him as donations to sustain his work.

There are tens of thousands of subscribers as well who pay a fee of $5 every month to support him. He has even managed to get sponsors like Razer, Turtle Beach, and Discord. He once even pulled in about $30,000 from one of his most streamed videos.

2. His real name is Guy Beahm.

Dr. Disrespect is his current moniker but he was born on March 10, 1982 with the name of Guy Beahm. Even many of his most loyal fans are unaware of this fact.

His signature look which includes a mullet, mustache, and sunglasses have swayed his fans towards his entertainment so much that they hardly ever think about his personal life. One of his most popular streams are for H1Z1: King of The Kill.

3. He used to work as a map designer for Call of Duty.

Before being known to the world as Dr. Disrespect, he used to make his living to support his family by being a map designer for the reputed game called Call of Duty at Sledgehammer Games.

But eventually, he made the bold decision to give full-time as a streamer. He does admit that such a transition was very hard for him at first but now it seems that it was probably the best decision of his life.

4. Disrespect took a hiatus from Twitch because of “family problems”.

During one of his live streams, he took many of his fans by surprise when he was out of character and in a serious mood. During then confession where he was presenting without his usual attire, he confessed with tears coming down about the bad situation in his family because of the infidelity of his wife. This stream was one of the most-watched in the history of Twitch.

After his return, he explained further about how the couple were on the verge of a divorce and it was a rebuilding process that took a lot of time and effort. He goes further to say that it is still a struggle to get back to the normal days as the emotional stress is still very high. But now he is spending more with his wife and daughter as out of the online world he is a complete family man.

After leaving the platform for a few months because of family issues, Dr Disrespect made a return that brought a smile back to many of his fans.

One of his loyal fans apparently includes the famous YouTuber Olajide ‘KSI’ Olatunji. KSI was so happy for his return that he gave the streamer a surprising $1000 donations whilst he was playing a game. Dr Disrespect took a moment away from the game to acknowledge the kind support in a hilarious manner!