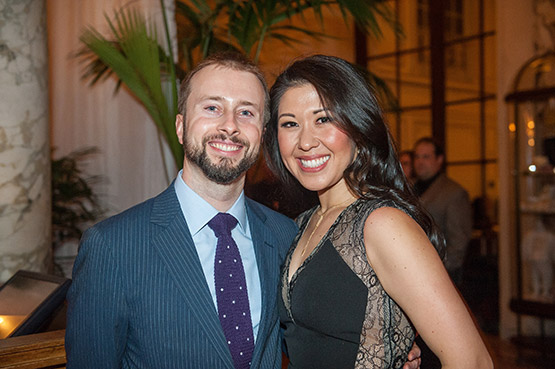 Jonathan Blumenstein is the husband of Ruthie Ann Blumenstein also known as Ruthie Ann Miles. The tony award winning actress was involved in a horrific accident on Monday on Brooklyn. She lost her daughter while she was injured.

Jonathan Blumenstein who is currently 36 years is from Greenwood, South Carolina. In 2003 he graduated from Clemson University School of Business while he received Masters in Economics in 2012 from New York University.

After graduating from College, he worked as director in the economic litigation unit with consulting firm “Alvarez and Marsal”. He was also the manager at American Stock Exchange in 2006 and then director at FTI Consulting. He is currently working as the principal at New York-based consulting firm Charles River Associates. In-addition, he has also written some articles for Bloomberg Daily, Labor Report, Law360 and Financial Analysts Journal.

Jonathan married Tony award winning actress Ruthie Ann Miles on November 29, 2011. Prior to that they dated for one year. On January 4, 2013 they welcomed their daughter Abigail Blumenstein.

According to NBC 4 New York, Pregnant Ruthie Ann Miles and her four year old daughter Abigail were together with her friend Lauren Lew and her one year old son Joshua Lew. They were struck in an intersection in the neighborhood of Park Slope in Brooklyn.

Lauren Lew mother of Joshua and Ruthie Ann Miles were immediately taken to the hospital for their injuries. Miles was in critical condition but she is now stable after being admitted to ICU.

GoFundMe campaign have been set up for both parents and have raised over $177,000 and $60,000 respectively.