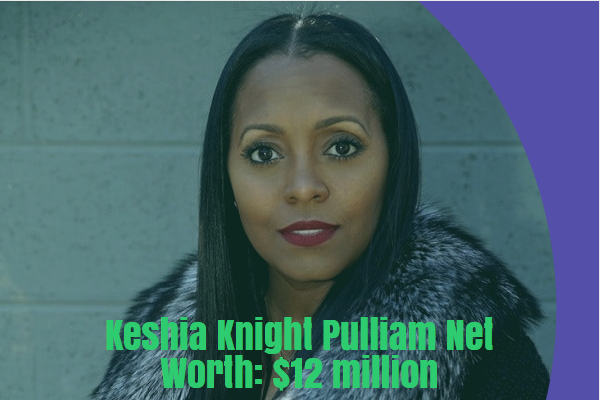 Keshia Pulliam is a well-known American actress. She has made her name through her breathtaking performances for the comedy-drama Tyler Perry’s House of Payne .

Her career in acting started a long way back dating to 1984 where she was already performing as a child actress for The Cosby Show when she was only 5 years old. Pulliam has established her name for her roles in comedy filled series’ over the years.

Here are some interesting facts about Keshia Pulliam:

1. Keshia Knight Pulliam net worth is estimated to be $12 million

As of 2018, Keshia Knight Pulliam net worth is $12 million. Keshia Pulliam has amassed a large amount of money in her career as an actress. The celebrity has been very bankable because of her early roles in The Cosby Show, which she was involved until she was 13. Her role as Miranda Lucas-Payne on Tyler Perry’s House of Payne was also one of her big earners.

This was a show that consistently brought high ratings and she even won Outstanding Supporting Actress in a Comedy Series at the 2010 NAACP Image Awards for it. She has also appeared in many commercials of top brands over the years and has had stints in many films.

Some of the most noticeable ones have been Polly, “Polly Comin’ Home (sequel), Sesame Street, and Beauty Shop. The actress is also known for appearing in different game shows which are thoroughly entertaining to watch and helps her spread her name around as well as an actress.

2. Her first professional work on camera was when she was only an infant

A life in front of the cameras has been destined for Pulliam’s life. She was already modeling for a Johnson & Johnson national print advertisement when she was only 9 months old. So in a way her career began at infancy.

But it has proved to be no fluke as she has gone on to embrace the world of acting through her continuous work for television and commercials.

3. She was the youngest actress to be nominated for an Emmy Award

She was born on April 9, 1979, in Newark, New Jersey. By 1986, Pulliam had already been nominated for an Emmy Award after being nominated for Outstanding Supporting actress in A Comedy Series for The Cosby Show.

She played the character of Rudy Huxtable which was portrayed as the youngest child of Cliff and Clair Huxtable at the age of 6. Her role was loved and adored by all and helped her give the exposure needed in the industry.

Although she has been an actress her entire life, she has also given top priority for her education. She completed the program for bachelor of arts in sociology from Spelman College back in 2001.

4. She has won a celebrity version of Fear Factor.

Back in September 2002, Pulliam was a contender for an episode of the popular competition, Fear Factor. She would go on to win this competition overcoming her fears. She has also been a part of many other top-rated TV shows throughout her career.

Some of her appearances have been in Celebrity Mole 2: Yucatan, the celebrity diving show Splash, and most popularly in The Celebrity Apprentice Season 7. Sadly in the latter one, she was the first contestant to be eliminated.

5. Keshia and Ed Hartwell split after only 6 months of marriage

Pulliam and Edgerton Hartwell, a NFL player, were in love and decided to marry on New Year’s Eve of 2015. The couple had started dating only 4 months ago but tied knots.

This relationship has turned sour as her then-husband Ed Hartwell filed for divorce on July 25, 2016, only a couple of weeks after Pulliam had announced her pregnancy.

Hartwell later spoke about what had really happened, elaborating that there were major disagreements between the two, the most prominent problem being their opposite opinions on starting a family.

Pulliam wanted to have a baby whilst Hartwell wanted to take some time to settle down. This eventually led to a fall out between the two that ended on a sour note on their public profiles as well. This occurred on media after Hartwell publicly told about some of Pulliam’s attitude explaining that she can tell a half-truth to make her seem as if she is right.