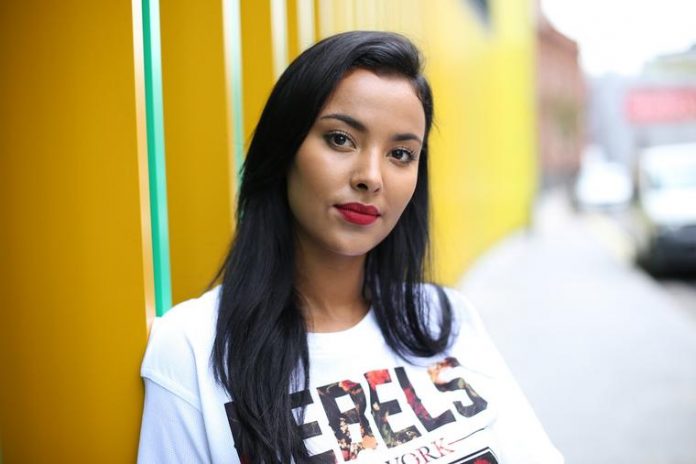 Maya Jama is a British Television personality and radio presenter. She is also known for her large fan following on Instagram due to her sparkling personality.

1. Maya Jama net worth is estimated to be around $2 million.

As of 2018, Maya Jama net worth is around $2 million. Thanks to her large fan following on Instagram she is able to generate massive amount of money. Her primary sources of income are mainly from presenting TV shows and hosting radio programs. She is currently the TV and radio presenter on 4Music and presents RinseFM’s drive-time show.

2. Maya Jama is of Somalia descent.

Maya Indea Jama was born on August 14, 1994 in Bristol, England. She is of Somali and Swedish descent. Her first name Maya came after poet “Maya Angelou” because her mother read the famous poem called I Know Why The Caged Bird Sings during her pregnancy.

Maya was raised in Bristol but moved to London at the age 16 in order to pursue her career. Upon arriving there, she used social media platform “YouTube” to start her career.

She started her career presenting the weekly music video countdown on JumpOff TV in London. After that she worked for Sky on TRACE Sports followed by DJ on Rinse FM. She then became the presenter on MTV show “The Wrap Up”. She rose to fame in 2014 after she hosted Copa90’s “Maya’s FIFA World Cup Cities”, a show covering the location during 2014 FIFA World Cup in Brazil. She also hosted Channel 5 star documentary “Swipe Right for Sex”.

In 2017, she was a guest panelist on ITV’s “Loose Women”. She is currently co-presenting the Saturday night game show “Cannonball” with stars like Freddie Flintoff, Frankie Bridge and Radzi Chinyanganya.

Besides acting, she is also involved in fashion modeling and acting roles. Her Instagram is full of sexy and beautiful pictures. As of February, 2018 her Instagram account has over 477K followers. Following her large fan following and media exposure, she was named as Rising Star in 2016 by Hello Magazine.

5. She is currently in relationship with rapper Stormzy.

Maya Jama is currently dating British rapper Stormzy. They started dating since 2015 but went public in 2016. Maya is also seen on one of his music video “Big For Your Boots”. The couple are seen enjoying their time on beach and they have also been making red carpet appearances together.

Edd China Net Worth: 5 Interesting Facts About Him

factsfive - February 14, 2018
Edward John China, who has made his name as Edd China is an English television presenter and mechanic. He has put his skills as...