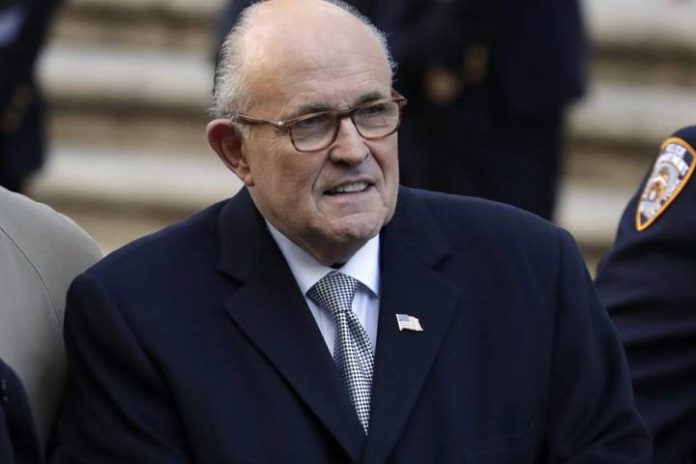 Rudolph William Louis Giuliani also known shortly as Rudy Giuliani is an American politician, businessman and former mayor of New York City. As of 2018, Rudy Giuliani net worth is estimated to be more than $45 million.

1. Rudy Giuliani net worth is more than $45 million.

Rudy Giuliani’s net worth of $45 million comes from his business and mainly his time as a New York City mayor. He is the chairman and chief executive officer of Giuliani Partners. There is also a subsidiary of the company, Giuliani Security & Safety LLC which focuses on security consulting, especially regarding buildings.

Giuliani was born on May 28, 1944 in New York City as the only child to Harold Angelo Giuliani and Helen Giuliani. His parents were both immigrants who arrived to United States from Italy. At the age of 7, his family moved from Brooklyn to Garden City South where he attended the local Catholic school.

3. He was New York City mayor.

Rudy started his political life as a Democrat. In 1968, he volunteered for Robert F. Kennedy’s presidential campaign and also voted for George McGovern for president in 1972. However, he switched his party registration from Democratic to Republican after Ronald Reagan got elected as a president. In 1981, he was named Associate Attorney General in the Reagan administration.

Giuliani first ran for Mayor of New York in 1989 but lost against Democrat David Dinkins. Four years later, he challenged Dinkins again and won. He was sworn as the 107th Mayor of NYC on January 1, 1994. During his time as a mayor, he was able to reduce crimes, police shootings and violence in city jails.

In 1997, he was re-elected for a second term. Giuliani was a prominent figure in the September 11 attack after he led his team in the rescue operations. For his hard work and dedication, he was given honorary knighthood by Queen Elizabeth II in 2002.

After leaving office as a Mayor in 2001, he became politically active by campaigning several Republican candidates. He campaigned on Bush’s behalf in the US presidential election of 2004.

In 2006, he decided to run for President of the United States in 2008. He was one of the prominent figures at that time and gained support of several Republican figures. However, he withdrew from the race to endorse John McCain. After that he was considered for a New York Governor in 2010 and Republican presidential nomination in 2012 but he declined all offers and remained focused on his business area.

After graduating from law school in 1968, he married Regina Peruggi, whom he had known since childhood. However, their marriage didn’t last long and they agreed to separate in 1975.

Giuliani then met local television reporter Donna Hanover in 1982 and they began dating for sometime before they got married in 1984. Together, they had two children; one son named Andrew and a daughter named Caroline. However, their marriage also went rough and they got separated in 2000.

He then met his third wife Judith Nathan while he was still married to Hanover. Giuliani then got married to Nathan on May 24, 2003 where he gained a stepdaughter named Whitney. It was also Nathan’s third marriage after two divorces. After 15 years of marriage, Nathan filed for divorce from Giuliani on April 4, 2018.