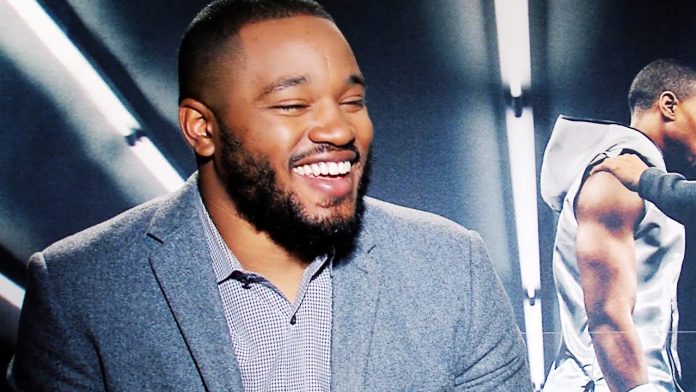 Ryan Coogler is an American film director and screenwriter. He is best known for co-writing and directing movies like Creed, Fruitvale Station and Black Panther. As of 2018, Ryan Coogler net worth is estimated to be $4 million.

Ryan Coogler was born on May 23, 1986 in Oakland, California to Joselyn and Ira Coogler. His mother is a community organizer while his father is a juvenile hall probation counselor. He also has two brothers named Noah and Keenan.

Before making his name as a big director, he directed short films. While at USC School of Cinematic Arts, he directed movies like Locks, Fig, The Sculptor and Gap. Lock won the Dana and Albert Broccoli Award for Filmmaking Excellence, Fig was nominated for outstanding Independent short film and Gap won Jack Nicholson award for achievement in Directing.

Ryan first co-wrote and directed movie “Fruitvale Station” in 2013. The movie was massive hit and won the Grand Jury Prize and the Audience Award for U.S. dramatic film. Michael B. Jordan who played as actor in the movie alongside Ryan was named under “30 People under 30” by TIME Magazine. Fruitvale Station grossed over $17 million worldwide and earned several accolades like Best Film Award from Austin Film Critics Association, Best Directorial Debut  from National Board of Review, Best debut as a director award from New York Film Critics Online and several others.

In 2015, he again reunited with Michael B. Jordan in movie “Creed”. The movie was also praised by critics and got good response from the audience as well. He won “New Generation Award” from the Los Angeles Film Critics Association and Best Director award from the African-American Film Critics Association. Sylvester Stallone who also played in that movie won a Best Supporting Actor award from the Golden Globes.

4. His recent project is Black Panther.

In January 2016, Coogler co-wrote and directed Marvel Cinematic Universe movie “Black Panther”. He will once again reunite with Michael B. Jordan who will be playing Erik Killmonger in the movie.  The movie is massive hit and is receiving huge praise from both critics and audience. The movie has earned so far 98% rating from Rotten Tomatoes.

5. He is married to Zinzi Evans

Ryan Coogler is married to Zinzi Evans. We have no detail information about his wife but what we know is that she is an assistant director and producer. So far the couple have no children.