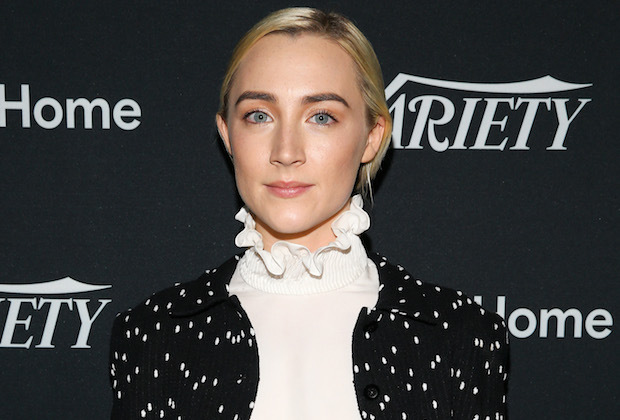 Saoirse Ronan is an Irish and American actress. At the young age of 23, she has already accomplished many accolades and has risen through every stepping stone in the film industry.

She has become well known even more recently for her role in the hit film Lady Bird. As a result she is now a Golden Globe award winner among many other nominations to her name.

Here are some interesting facts about Saoirse Ronan:

1. Saoirse Ronan Net Worth is estimated to be around $2.5 million.

As of 2018, Saoirse Ronan net worth is $2.5 million. Even though she is only 23 years old today, she has already been a part of this competitive industry for more than 14 years now. By 2013, she had already bought a home in Howth, Ireland through her earnings. Being on top of the competition and having successful box office films are the characters that she carries.

Because of this, she has had tremendous commercial success from a young age as well because of the high demand that she has for her services. With her recent performance in Lady Bird which has been dubbed by many as one of the best performances of the year, she is sure to be overwhelmed with many more intriguing films for her fans.

She was born on 12 April, 1994, in The Bronx, New York. She was born to Irish parents who both had links to a career in acting. She grew up for the most part in Dublin, Ireland and went to school there.

Ronan once explained in an interview how she has been driven from a very young age. Even in school, she would play in the boys team for different sports mentioning that she had the mentality that if boys can do it, why not me too?. It is with this same mentality that she started acting from a young age and was always among the top performers there as well. Hence, by the age of 9, she made her official debut with the prime time medical drama called “The Clinic” in 2003.

3. She came to public prominence in 2007 for her role in Atonement.

After her performance in the drama, she went on to work for projects like “Proof” and “I Could Never Be Your Woman”.  With each project she was growing more and more confident in her acting skills and yet she was only a kid.

She also tried to get a role in Harry Potter and the Order of the Phoenix. Eventually, she missed out on the role but that would not stop her from getting into the limelight.

She would be cast in the film adaptation of the novel Atonement. Her role as Briony Tallis was critically acclaimed and the film did exceptionally well in the box office as well earning more than 4 times its total budget.

This would lead her to instant fame as everybody was talking about the potential she carried. This could be justified by her nomination for multiple awards for Best Supporting Actress.

4. She is set to star in Mary Queen of Scots.

Some of her most prominent films in her career have been the Romance film Brooklyn, her incredible performance among superstars in The Lovely Bones, and perhaps her biggest hit in terms of personal performance, Lady Bird.

Her roles are looking like they are getting better and bigger with every film she does with the recent announcement of Mary Queen of Scots where she will be playing the main role Mary Stuart. After this, she will also be a part of the film The Seagull.

5. Ronan could be the reason for Ed Sheeran’s misspelled tattoo.

She also appeared in Ed Sheeran’s popular music video called Galway Girl. She has revealed that she was in part responsible for Sheeran’s misspelled tattoo which currently is written on his right arm as Galway Grill. This notorious act was a master plan by  Sheeran’s tour manager and she too played a big part towards this incident.

There is no argument about the facts that she is going to be one of the top actresses in the future looking at the credentials that she can already be proud of. In 2013, she was featured in Forbes’ 30 Under 30 list and was part of Time’s Next Generation Leaders.