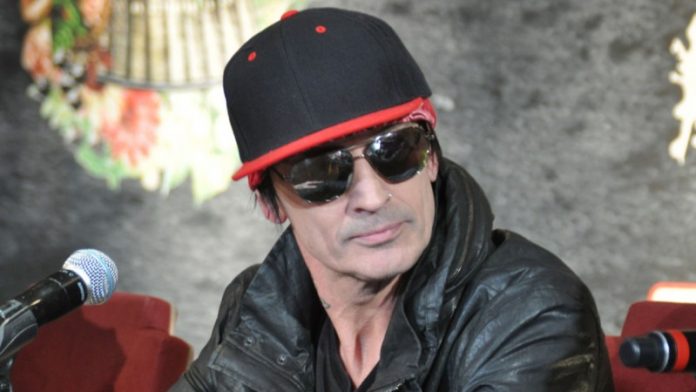 Tommy Lee is a Greek-American musician best known as the founding member of the heavy metal band “Motley Crue”. As of 2018, Tommy Lee Net Worth is estimated to be $70 million.

Who is Tommy Lee?

Born on October 3, 1962 in Athens Greece, Tommy is known as the founding member of metal group “Motley Crue”. He is also the band’s longtime drummer.

Tommy was raised in California after his family moved to United States a year after he was born. As a child, he had interest in music and received his first drum when he was only four years old. As a teenager, he used to listen music from bands like Led Zeppelin, Van Halen, Kiss, AC/DC, Deep Purple and Sweet. He went to South Hills High School but dropped his further education to start his musical career.

Motley Crue was formed in late 1970s. The band first gained International recognition after they went on tour with KISS. The band was known for their violent behavior on both on and offstage. They were known for consuming excessive amount of drugs, cocaine, heroin, pills and alchohol.

With Motley Crue he has released more than 15 albums, six of which have received platinum from RIAA. He also enjoyed successful solo career and is the founder of rap metal band “Method of Mayhem”.

Apart from that he has starred in reality show called “Tommy Lee Goes to College”.  In 2008, he also filmed another reality TV show called “Battleground Earth” with rapper Ludacris.

Yes, Tommy Lee is married. In-fact he is married three times. His first wife was Elaine Starchuk while he married actress Heather Locklear on May 10, 1986. However Heather and Tommy got divorced after 7 years in 1993.

On February 19, 1995 he married Pamela Anderson after knowing her for just 96 hours.  They also got divorced three years later in 1998. They had two sons together named Brandon and Dylan.

He was then engaged to singer Sofia Toufa in 2014 and then to actress Brittany Furlan on February 14, 2018.