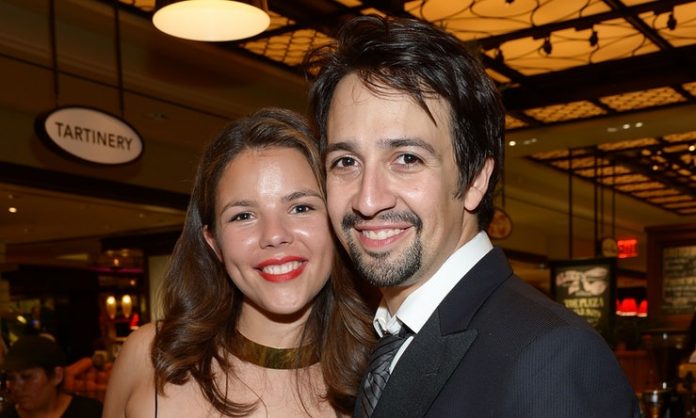 Vanessa Nadal is the beautiful wife of composer and playwright Lin Manuel Miranda. Here are some interesting facts about her:

Apart from being a loving mother, Vanessa Nadal is also lawyer, engineer, scientist and attorney. She was born on August 18, 1992 in New York while very little is known about her childhood life. She attended New York City’s Hunter College high School and then graduated in chemical engineering from Massachusetts Institute of Technology. She then went on to study law at Fordham University of Law.

During her time at Fordham University, she studied EU law in Spain. Before then she was working for Johnson & Johnson as a research and development scientist. After obtaining a degree, she worked with Jones Day as an associate with experience in federal, state and international cases.

2. Lin and Vanessa went to High School Together.

Lin Manuel Miranda and Vanessa Nadal both went to Hunter College in New York but Miranda was two grade senior than her. Despite being on school together, they didn’t connect until much later. He was very popular in writing in high school but was very shy at talking to girls. In an interview with New York Times, he said “She was gorgeous and I’m famously bad at talking to women I find attractive..I have a total lack of game”.

After they graduated, Miranda began his singing career while Vanessa worked at Johnson & Johnson. He then came across her facebook profile and that was when he invited her for his Freestyle Love Supreme show. After that they reconnected and fell in love.

After they reconnected on his Freestyle Love Supreme Show, Lin was still shy to get her number. He then asked for a friend to pass him her number and weeks later, he invited her to another show. As they stood on a sidewalk, she compared the sight to her favorite video game “Grand Theft Auto” which actually happened to be his favorite game as well.

He told New York times saying: “I very coolly said, ‘All right, you’re going to come over to my house tonight, and we’re going to play Grand Theft Auto and watch the Jay-Z movie and listen to Marc Anthony.”

Lin and Vanessa tied the knot on September 2010 at the Belvedere Mansion in New York. Their reception had a 22 piece orchestra performing. After 4 years of marriage, they gave birth to the first child named Sebastian Miranda on November 10, 2014.

On December 3, 2017 Miranda announced he and Nadal were expecting their second baby. After three months, he confirmed via Twitter the birth of son named Francisco Miranda.

Traylor Howard Wiki, Bio, Age, Net Worth, and Other Facts

Pearce Joza Wiki, Bio, Age, Net Worth, and Other Facts

Sam Claflin Wiki, Bio, Age, Net Worth, and Other Facts